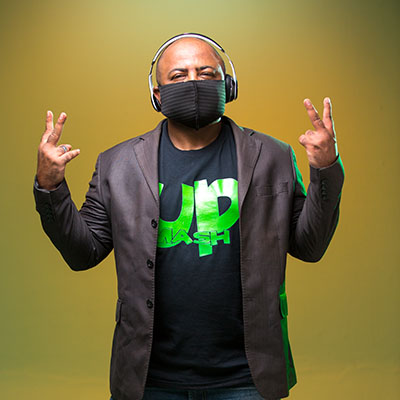 Eddy Blay AKA “Blazay” is considered one of the pioneers, pacesetters of the GH entertainment industry. Eddy started on TV, presenting a magazine show called “Smash TV” when he was just 17. Since then, he has had a very successful career in media, hosting numerous TV shows, and continues to be one of the best concert MC’s. Eddy is currently the host of The Weekend Mash Up and serves as the programs manager of Ghana’s Number One urban station, YFM.

To add to the list, Eddy hosted live concerts in Ghana such as Busta Rhymes in Ghana, Ludacris in Ghana, Trey Songz in Ghana, the Rexona Do More Concert, the Mo Ibrahim Concert, and the Live X Festival with Cardi B.