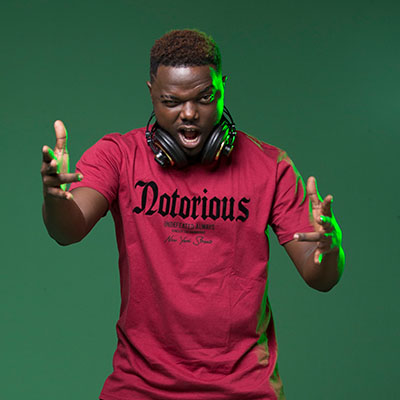 Winston grew up in Colorado in the United States and temporarily played for the Pride Soccer Club.

In 2012, he returned to Ghana and joined the Liberty Professional Under 20 Team. He later acquired a degree in Psychology from the University of Cape Coast.

After his tertiary education, Winston joined YFM as a sound engineer and voice-over artist. He then began his radio career as the host of Y Top 20 Countdown with Mz Orstin.

Currently, he hosts Shouts On Y every Monday to Friday from 12 PM to 3 PM. He doubles as the host and co-creator of Ghana’s first Korean Pop show Pop Central as well as YFM’s web show “The HotSeat On Y.”

As a presenter, Winston has interviewed a lot of Ghanaian celebrities including Manifest,  Darko Vibes, Becca, and Lord Paper.

Winston recently launched his TV career as the host of ETV’s new countdown show, the Hot 20 Countdown, which airs every Saturday from 3:30 PM to 4:30 PM.

As a musician, Winston is known for songs such as Tequila Body, Deja Vu, and Abrantie The Gentleman.