I wish Ghanaians had guts like Muhammad Ali – Kwame Gyan 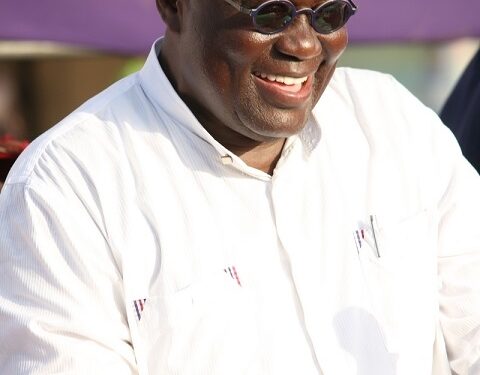 I made a similar statement in 2014 and people linked to this government who felt I was becoming too loud, too important, too aggressive, too influential, too thorny, felt this was me suggesting a violent overthrow of the government when I said “I wish we had guts like the people of Ukraine”. This was after the people of Ukraine had said no to a government that was corrupt, ineffective and one that seemed too detached from them. They had the cajones to drive the government way. We lack that umpth. We believe and keep singing ‘fa ma nyame’ as though we expect God to drop from the high heavens to physically rule us and correct our many self-inflicted and self-accepted grandiose misbehaviour. Muhammad Ali dies and the whole world is celebrating him. They are celebrating him for the impact he made not just whiles dancing around inside a ring and punching opponents out, but most importantly some are celebrating him for what he stood for, what he fought for, what he did not tolerate and what he taught the world to learn.
My former colleague and newly graduated Columbia University School of Journalism product, Anny Osabutey spoke my mind when he said in a long Facebook post that;
“(Ghanaians) eulogize Mohammad Ali after his passing at 74, we should remember he became great not only because he could box, but he stood his grounds against the vicious system in the United States that desperately attempted taking away his dignity as a man.
He did not hide behind closed doors moaning about the unjust system which wanted him to feel inferior, unworthy, unloved, etc. He openly declared his abhorrence at the  rubbish that America, at the time, was being taken through by the sullen thugs of evil men and women who believed their skin colour made them more human than blacks.
He spoke out for the voiceless and paid the price for it. Imagine if he had chickened out back then? His tireless fight is partly the reason why Barack Obama is in the White House. Likewise as Ghanaians, we must be bold enough to out the deep-seated corruption in our society, especially within government, and not be part of the on-going rot, just because it benefits us, or affects a party we love. We can’t sacrifice the interest of our country at the expense of the evil greed which has taken hold of us, as a people, as a nation-Ghana. We must not give in to fear, intimidation, and the covert attacks often heaped at those who mean well for their country–we must speak out against the blatant corruption eroding the lives and times of the future of a country once revered by many from far and near.
Refuse to be a praise singing stooge, don’t loathe those who speak against the blatant abuse of the national resources, be their protector.  Again, remember Ali did not hide, he spoke out. And I pray that while you continue to heap the praises on his memory, you’ll do your part to preserve our country for the future.”
I absolutely agree with Anny Osabutey. I felt vindicated when on Republic Day a few years ago ordinary Ghanaians for the first time protested against the government without the involvement of any political party. Political parties in this country succeed in amassing crowds to rallies and demonstrations because they promise participants water, food, stipend, T.shirts and all manner of things including free transport so they show up. On that day a group of regular folks used social media to create #RedFriday and to #OccupyFlagstaffHouse and to #OccupyGhana. The rains poured but they, including me, defied the rains and made our voices heard. It was this sort of guts I spoke about in 2014. People were worried that it could spiral into an Arab Spring of a sort and tried to kill my spirit. But guess what, there are countless of Ghanaians who have bigger hearts and spirits than mine and gradually they are getting heard.
I hope we let the values that Muhammad Ali stood for to sink into our heads and minds so we withstand the blatant corruption and nation wrecking going on.