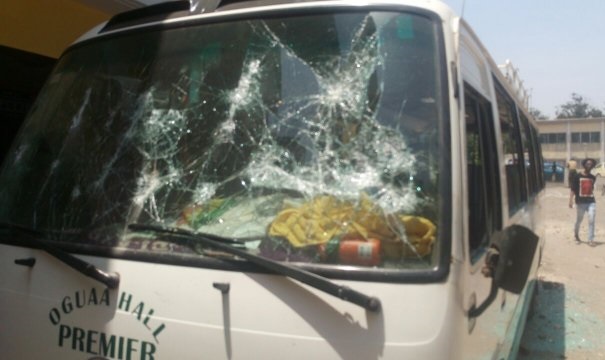 The Accra auditions of YFMs reality show, The One, which took place at the forecourt of e.TV and Happy FM offices attracted hundreds of young men and women who came to justify their inclusion to make it to the final stages of the auditions and eventually be part of this once in a lifetime reality show.
The sheer passion, ambition and skill exhibited by the teeming youth who turned up for the Accra auditions showed how timely ‘The One’ reality show has come to fulfil the desires of many people.
The Accra auditions produced lots of exciting and sad moments as contestants tried their best to impress judges.  YFMs Ms Naa, Caroline, Eddy Blay Jnr, Nockus and Official Kwame who were some of the judges had a difficult time selecting from the numerous talents who came for the auditions.
With Accra, Kumasi and Takoradi auditions now ended, the auditioning process now moves to the final stages. Five judges made up of radio personalities, celebrities and image consultants will then judge the contestants again. Their original audition will be used for this judging. The judges will then announce the eight finalists who will get to compete each other for the crown of the ONE!
‘The One’ reality show is focused on grooming a young individual who is creative, charismatic, ambitious, funny and most importantly is extremely passionate about being a radio presenter. It is a game changer coming from the stables of the most listened to youth radio station in Ghana.

Eno Details How She TRULY FEELS About Sarkodie