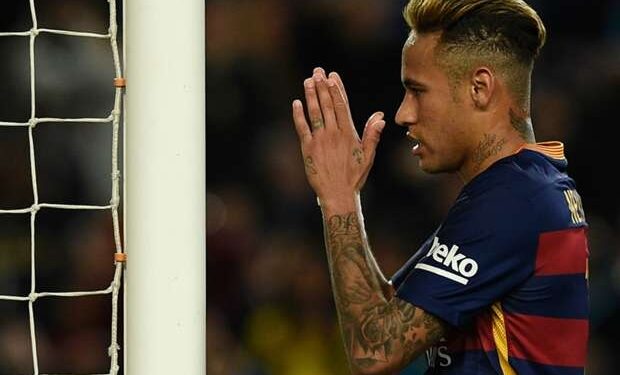 The Brazilian and his father had stood accused of hiding the real value of his transfer to Catalunya, but his club have come to an agreement with prosecutors
Barcelona have agreed to pay a €5.5million fine over “an error in tax planning” following the signing of Neymar from Santos in 2013.
Spanish prosecutors had requested the player stand trial for fraud in relation to his switch to the Catalan club, alleging both Neymar and his father, who also acts as his agent, had hidden the true value of the deal.
Barcelona stated they paid a fee of €57m, with €17m going to Santos and the rest going to Neymar’s parents.
A Brazilian investment fund who owned 40 per cent of Neymar’s rights claimed they were not paid the correct amount, with investigators stating the actual price Barcelona paid was closer to €83m.
However, the Spanish champions have now found a resolution to the situation, meaning they no longer have any uncertainty over their future economic plans.
“The agreement involves the recognition by the club of an error in tax planning for the signing of the player, for the fiscal years 2011 and 2013, when they did not correctly withhold payments resulting from his incorporation,” a statement on the club’s website read.
“In addition, the club has been exonerated from responsibility for the fiscal year 2014, which was also part of the proceedings.
“The board considers the approval of this agreement to be a positive step, one that puts an end to a situation of legal uncertainty that could have affected the viability of the club’s sporting and economic plan in the coming years.
“Given the importance of this decision, the board has decided to subject the motion to approval at the next general assembly of member delegates.”
Goal.com

I nearly lost my life - Lilwin