A Career Plan was not the only focus – H. E. Anne Sophie Avé 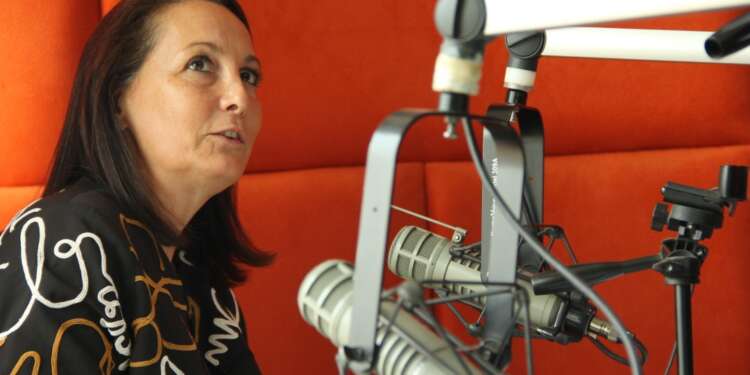 French Ambassador to Ghana, Her Excellency Anne Sophie AVÉ, has disclosed that growing up, she had no idea what job field she wanted to be in.

In an interview with Rev. Erskine on the Y Leaderboard Series on Y107.9FM, she was asked what her career aspirations were, growing up, to which she replied, “I had no idea.”

She explained, “I knew my parents kept everything from my school time, like my notebooks and everything. I found that when I was around ten or eleven years when you arrive at school the first day, they usually ask you to write an essay on what you’re going to do when you’re older and what you want to be known for, and I often wrote that I wanted to be an achiever in many different fields.”

According to the French Diplomat, she never really knew what she wanted to do specifically as a career, however, she knew she did not want to be stuck in one field.

“I was thinking of being an international lawyer but I also wanted to be a musician, and an actress. I didn’t want to be stuck in one thing and boxed. I can’t remember having ever said that but when I look back, I think that it has driven me to have fun and do things that I was enthusiastic about.” she added.

Amb. Anne Sophie believes that people do well when they are doing what they love, therefore, it is more about finding what you’re passionate than randomly choosing a fancy career.

She concluded that she never really had a career plan and till now, she still does not because she believes life is made up of opportunities from the people we meet.

“I probably sensed at an early stage that nobody knows what tomorrow will bring so it’s necessary to keep an open mind and cease opportunities when they come”, she advised.

Women are the pillar of the economy – H. E. Anne Sophie Avé

Women are the pillar of the economy - H. E. Anne Sophie Avé