A snub for the Queen of celebrities: Buckingham Palace REJECTS Kim Kardashian’s pleas to attend the Platinum Jubilee official party after reality star flew to London with boyfriend Pete Davidson for the celebrations 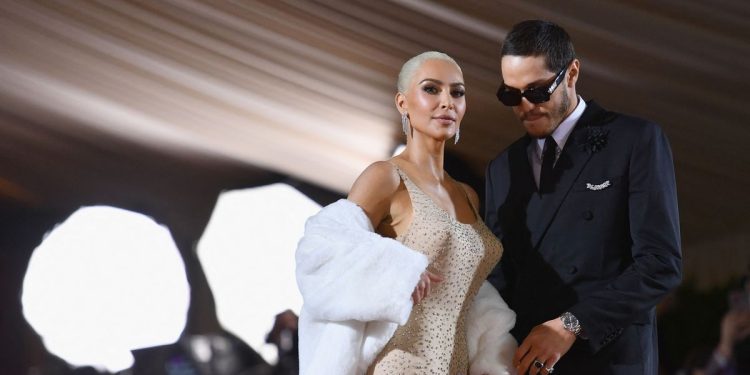 A snub for the Queen of celebrities: Buckingham Palace REJECTS Kim Kardashian's pleas to attend the Platinum Jubilee official party after reality star flew to London with boyfriend Pete Davidson for the celebrations

She may be the Queen of celebrities, but Kim Kardashian’s dream of joining the official Platinum Jubilee celebrations in the UK have been dashed.

Despite her best efforts, officials at Buckingham Palace have rejected her pleas to attend the Platinum Party at the Palace on Saturday.

Representatives for the star, 41 — who landed in the UK with her boyfriend Pete Davidson, 28, this week — asked for tickets But the Palace turned the American couple down, as did publicists at the BBC, which will broadcast the show.

Kim was so determined to attend that a source told the Daily Mail she is trying to acquire tickets by other means — and has even said she doesn’t mind if the tickets are ‘not VIP’.

They said: ‘Kim rarely gets turned down to attend any event, so this has been quite surprising, especially as she doesn’t visit the UK often. Kim and Pete love the Royal Family and really wanted to be a part of this special celebration.’

It’s not clear if the Jubilee celebrations were the only reason for the couple’s trip to London.

The likes of Queen, Diana Ross and Nile Rodgers will perform at the event, while Sir David Attenborough and David Beckham will make appearances.

Some 10,000 tickets were allocated via a public ballot, and 7,500 have been given to key workers, those in the Armed Forces, volunteers and charities.

Members of the Royal Family are expected to attend on behalf of the Queen, who is ‘pacing herself’ but will be watching on TV from Windsor Castle.

Kim’s representatives declined to comment when approached by MailOnline.

The reality star and her comedian beau landed in the UK in recent days and went jewellery shopping in London’s Mayfair on Tuesday.

Kim was then seen browsing various items on display and appeared to be referring back to her phone as she was helped by a shop assistant.

Kim flaunted her incredible curves and famous derriere in clinging metallic gold leggings and stilettos, which she teamed with a cream Balenciaga zip-up hoody.

The couple also enjoyed a typically low-key date night at the River Café in London after touching down in the UK.