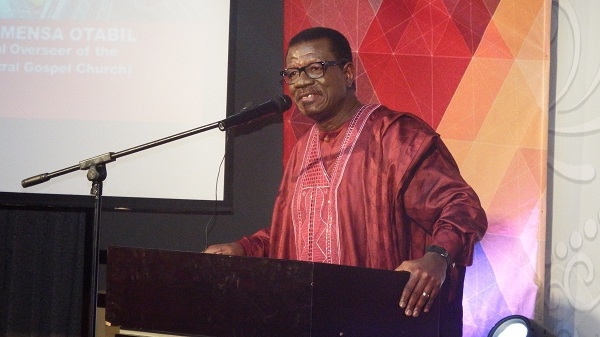 Ghana’s Most Influential Personality for 2015, Pastor Mensa Otabil has expressed disappointment that Ghanaians have accepted abnormal happenings as normal.
Pastor Mensa Otabil, founder and leader of the International Central Gospel Church, was unhappy that we have taken flaws such as persistent power-outages as normal while this same happenings would have been addressed differently in other jurisdictions.
“It’s sad that abnormal things have become normal with us. We have had two power outages within this short period and we see it as normal. If it had been in other countries, they would think the country was being invaded by another country.” Pastor Otabil said.
Pastor Otabil, who has won this accolade back-to-back, revealed that his wife was the most influential person in his life with his mother coming a close second.
“I have been named as the most influential personality in Ghana but I was not asked to tell who my most influential person was. I would have said my wife has been the most influential person in my life, followed by my mother. They have played key roles in bringing me to where I am now.” He revealed.
By Asempah Isaac

'Make Promises that are Measureable’ - Dr. Joyce Aryee to Politicians