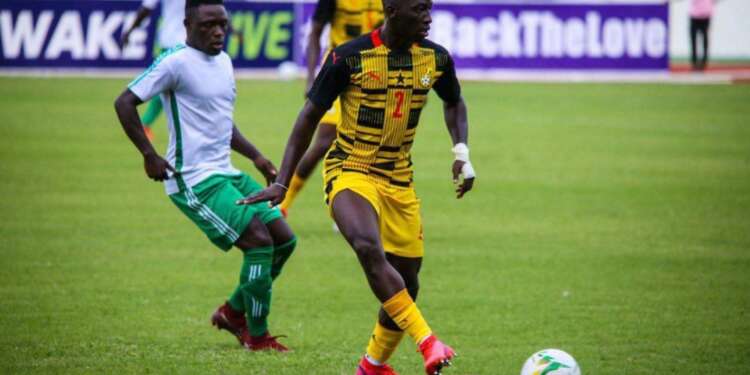 Reports from the camp of the Black Stars indicate that, Dreams FC right-back Philemon Baffour could be set to make his international debut for the senior national team at the ongoing Africa Cup of Nations in Cameroon.

The promising youngster is likely to replace Reading’s Andy Yiadom who picked up a knock in Ghana’s 1-1 draw against Gabon in the second round of fixtures in Group C.

Black Stars head coach, Milovan Rajevac has made a few changes to starting line up to face Comoros in the final game of the group stages.

Wollacot retains his post in between the sticks as the Ayew brothers also remain unchanged.

Dreams FC’s wonder boy, Fatawu Issahaku is also expected to be given his first start after two substitute appearances with Rennes’ Kamaldeen Sulemann on the bench.