#AFCONonY: Without a ‘cup’ what’s the use of Milo? – Shatta Wale joins Ghanaians to bash coach Milovan

by bmensah
in Entertainment, Sports
0 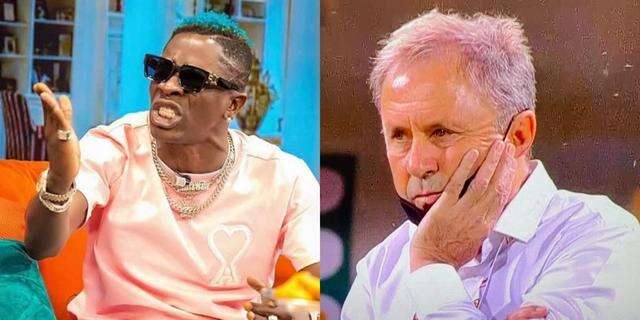 #AFCONonY: Without a ‘cup’ what’s the use of Milo? - Shatta Wale joins Ghanaians to bash coach Milovan

Following Ghana’s loss to Comoros Island in the AFCON match yesterday, enraged Ghanaians have taken to Twitter to dump their frustration on Black Stars coach, Milovan Rajevac, and dancehall king, Shatta Wale, did not miss out on this.

In a tweet he made hours ago, Shatta said, “Without a cup, what’s the use of milo?” Although one could read meaning into this that Shatta is declaring coach Milovan useless to the Black Stars if he cannot lead them to bring home the winning cup, the artiste might also just be saying that Milo is so good a beverage that there is no need to have a cup if you don’t have Milo to drink it with.

Of course, as Shatta is not the only disappointed one, Twitter has been wilding with hilarious puns about Milo.

Media personality, Giovanni Caleb also tweeted, “This MILO has not been vetted and approved by the FDA”. Another tweet read, “The cocoa used to make this Milo deɛ, Tetteh Quarshie nnim hoo hwee”. Well, clearly, because Tetteh Quarshie never brought us white Milo.

Maybe we cannot blame coach Milo after all because he did give a forewarning that we should not expect any magic from him since he came to Ghana just three and a
half months ago.

Background
Ghana crashed out of the Africa Cup of Nations at the group stage after a shocking 3-2 defeat to Comoros in which captain Andre Ayew was also sent off with a red card. Ghana finished with just a single point and it is the first time in their history that the Black Stars have failed to win at least one group stage match having made 22 past visits to the finals.

7 arrested and arraigned before court after NLA swoops Cape Coast