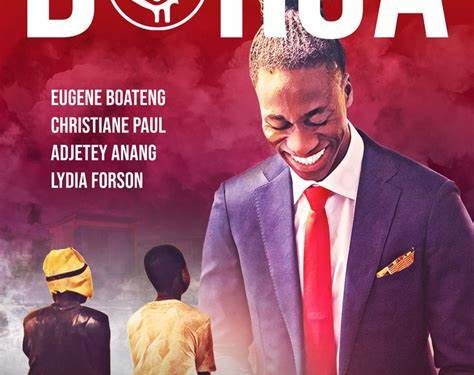 The list of nominees for this year’s awards ceremony has been released by the Africa Movie Academy Awards (AMAA), and it includes well-known actors.

The Africa Movie Academy Awards nominations were unveiled at a media event in Lagos, Nigeria.

Speaking on behalf of the president of the AMAA Shaibu Husseini revealed that the Jury sat for over ten days for selection in Documentary films, animations, features and short stories.

The feature film, Borga, which is a collaboration of Ghanaian and German creatives, was nominated for some major awards including the overall Best Film, Best Film in an African Language, Best Director, Achievement in Screenplay, Cinematography, Visual Effects, Screenplay and Production Design.

Eugene Boateng who also doubles as the Associate Producer was nominated for the Best Actor in Leading Role.

The actor has already won the German Screen Actors Award for best actor in a leading role with the film.

Meanwhile, the Ghanaian film ‘Road To My Father’s Compound’ was nominated in five categories.

Aaron Adatsi was nominated for the Best Actor in Lead Role while his co-star Bless Fortune scored a nomination for Best Actress in Lead Role.

The director Benedict Yeboah was nominated for the First Feature by a Director award.

The Africa Movie Academy Awards will come off on October 30 in Lagos.