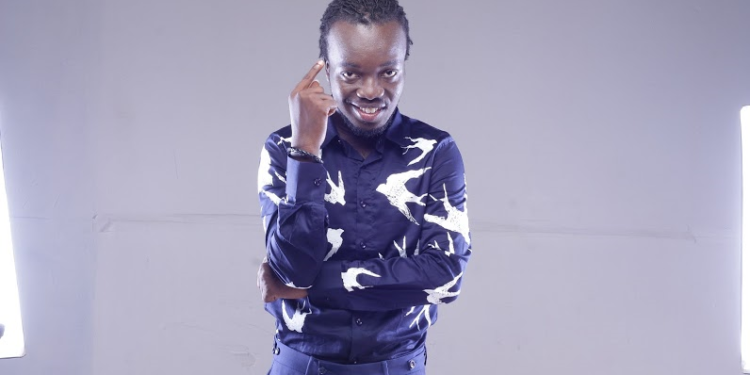 The latest world-music sensation from award winning Ghanaian Hiplife artist Sarkodie’s SarkCess Music record label, Akwaboah, is gaining traction with his recent international hit, I Do Love You, which features top Nigerian rapper, Ice Prince. The acclaimed single is an impeccable display of the newly-emerged artist’s talent for taking the traditional styles of music we know and love and interpreting them in a more contemporary way, carrying through rich traditions to a millennial audience.
Akwaboah’s musical heritage as grandson of legendary Highlife mogul Kwabena Akwaboah and son of the iconic star Kwadwo Akwaboah, formerly of the Marriots International Band, gave him the exposure and know-how that has propelled him to success.
He has written award-winning hits for huge stars including Efya and Sarkodie among others, earning him the Song Writer of the Year Award in 2010. Akwaboah has also featured as Voice Coach and Music Director for Vodafone Icons and MTN Hitmaker 4 in Ghana. He is slated to reprise this role for MTN Hitmaker 5 which is due to start soon. Despite this success, he has remained largely behind the scenes until now.
“I’ve truly loved creating hits such as ‘DaakeDaa’ for Becca and ‘Ayeyi Ndwom’ for DSP Kofi Sarpong, but I’m ready to now step into the spotlight and begin to make the music I’ve always dreamed of and that has always been in my soul,” said Akwaboah. “This passion runs in my blood and I’m so honored that people are connecting to my music and enjoying the art I feel blessed to be able to create.”
Akwaboah is now managed by Africa 1 Media, a professional services firm and agency known for empowering fresh new talent on Africa’s music scene through business strategy and legal counsel.
Cynthia Quarcoo, Founder and CEO of Africa 1 Media, which will now manage all Sarkcess Music signees, said they were drawn to Akwaboah by his range of talent which set him apart. This includes his mastery of the keyboard that has led him to perform with several local and international superstars including Hugh Masakela and Lady May of Big Brother fame, with whom he has a song, which he wrote and produced.
He has also found success in producing and writing 2015 BET Award winner Sarkodie’s critically acclaimed album ‘Mary’.
Quarcoo added, “To have Akwaboah join our roster is very exciting for us because he is so incredibly talented as well as dedicated to his craft and produces music that is truly exceptional; we can’t wait to watch his rising success in the coming months.”
Submitted

Obrafour Discloses How He Settled His ‘BEEF’ with Okyeame Kwame

Obrafour Discloses How He Settled His ‘BEEF’ with Okyeame Kwame