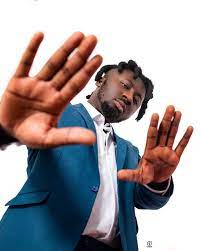 Award-winning Kumasi-based rapper Derrick Sarfo Kantanka, better known as Amerado has hinted on the release of his first studio album.

The ‘Metua’ hitmaker despite the uncertainty of the release date and title of the album broke the news in an interview on Kumasi-based Y102.5 FM with NY DJ during the ‘Ryse N Shyne’ show.

He noted the album was going to be about his evolution and about love.

“The album I am about to release is going to be about love, some will be about my new self and my the current happenings. The album is going to have 14 songs and I hopeful it will be released this year,” he said.

He further explained that his 7-track debut ‘Patience’ EP was not too fun and was about himself and the struggles he encountered in life.

“ ‘Patience’ EP was not too fun, all the songs on the EP were written based on my life struggles”, he added.

Amerado was adjudged as the ‘Best Rapper of the year’ at the just ended 3Music awards as well as his ‘Patience’ EP wining the EP of the year category.

Elon Musk refuses to join Twitter’s board after…