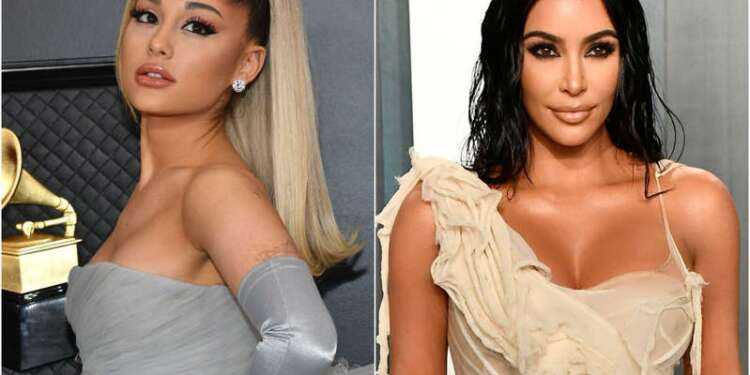 On Friday (18 March), Kardashian shared an Instagram story showing off a gift box she received from Grande’s company, rem beauty.

The pop singer was engaged to Davidson in 2018 before the two broke it off after five months.

During their short-lived romance, the couple appeared at a handful of red carpet events together and got multiple matching tattoos.

Grande went on to marry LA real estate agent Dalton Gomez in May 2021.

Earlier this month, Kardashian and Davidson officially shared their relationship on Instagram.

However, Kardashian and Grande’s lives have intertwined before Kardashian started dating Davidson.

Then, in 2019, Grande made a guest appearance on Keeping Up with the Kardashians after Kris Jenner had a cameo in the music video for Grande’s “Thank U, Next”.

On 16 March, Kardashian opened up about her relationship with Davidson on The Ellen DeGeneres Show, saying: “You know what, I’m in my 40s, f*** it… just go for it, find your happiness.”

She added: “And I went for it and I took my time and I found it and it feels so good and I want to hold onto that forever.”

Asakaa: How drill music found a new home in Ghana