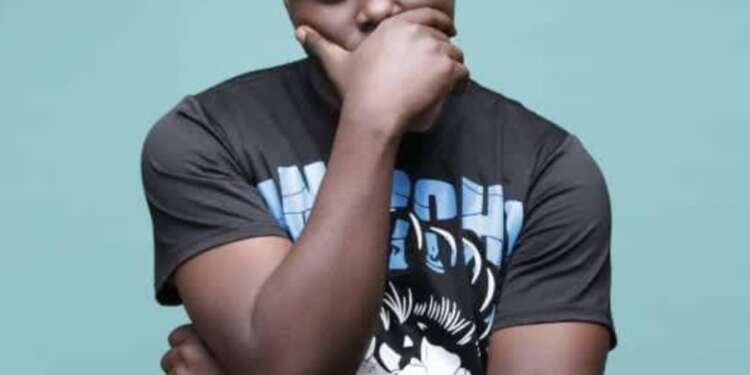 0
SHARES
47
VIEWS
Share on FacebookShare on TwitterShare on Whatsapp

Gone are the days when we captivated the minds and imagination of the world through the beautiful game of football. Schools closed early to foster the pride of a nation, people came together with pride and elation, the world stopped just to view a nation whose football prowess was one of admiration. From the color of the fans to the music they sang, long has it been known that the Black Stars were the hope of Africa and a true football Giant! Today, long gone are those days as despair, mediocrity, and a lack of empathy take the place of feelings once felt for our beloved Black Stars.

Today we make sure that what once was, shall never be again. It used to be that Ghana went from strength to strength in football. From qualifying for our first ever World Cup in 2006 and even making it to the knockout stage on our first try. To being a disallowed goal and cruel penalty miss away from making the semi-finals in 2010, the furthest an African team had gone, being dubbed “The Hope of Africa” by a whole continent.

A word that has become all too familiar with the state of the national team as of now as it gets to shambolic levels of rock bottom each and every time the Black Stars play. Television ratings of the Black Stars are at an all-time low as interest fades and continues to die out.

A new Ghana Football Association (GFA) boss was elected in the person of Mr. Kurt Okraku, who swore to #BringBackTheLove. A love we lost for the game after numerous disappointments, wasteful taxpayers funds, and failure to bring compensational glory. All his administration has done is play with the assets of the nation.

His predecessor obviously had his faults, and as per the Anas Aremeyaw Anas investigation, a lot of those faults were laid bare for the country to see. Regardless, the entire country still prefers his administration and the “Good Old Days” to the days of now, a sad testimony to just how bad things have become, even under new management and leadership.

What Has Gone Wrong?

In 2006 and 2010, the administration trusted the expertise of Serbian tacticians such as Ratomir Dujkovic and Milovan Rajevac to lead the Black Stars to glory, for the most part, their tenures were a massive success. So much that over a decade later, they are sorely missed and still remembered. In 2006 and 2010, despite the “normal” issue of alleged administrative influence in player selections, there was a clear standard to playing for the Black Stars. Players knew outright that their chances of being selected for the national team depended heavily on two things, the quality of football played at club level and the regularity in which they not only played but performed admirably. These were the standards for selection.

Players who played for lower-level leagues were seldom included, and players who played for top sides were automatic starters. A plan so great that the United States of America used Ghana as a case study. Thereby transforming itself into a football prowess, winning several continental accolades even as recent as 2 in the last 3 months in the Americas with 90% of their team playing for top elite European clubs in hopes of being selected for international duty.

In 2006 and 2010, our starting 11 consisted of quality players who played for elite teams in the top 5 leagues in Europe: a clear example would be Sulley Muntari, and Kevin Prince Boateng who upgraded from lower-level Portsmouth to Milan, Micheal Essien of Chelsea, the Ayew brothers of Marseille, captain Steven Appiah of Juventus alongside teammates Kwadwo Asamoah and Emmanuel Agyeman Badu, even talisman Asamoah Gyan moved between quality from the French league to the Premier League,  just to keep up with the standard and that is to name a few. The point is: top club talents bred top national team quality! A formula so good that many still use to this day!

Since the termination of disgraced GFA boss Kwesi Nyantakyi, there has been a newly elected boss in the person of Mr. Kurt Okraku. Now to be fair Ghana’s retrogression started during the latter part of Kwesi Nyantakyi’s reign and trickled down into Kurt Okraku’s era.

Since the breakdown, Ghana decided to go a different route in hopes of a rebuild to continental dominance by entrusting local coaches in a bid to improve the team and achieve set targets.

In came Kwesi Appiah, who in retrospect was not as bad as depicted, and that statement alone should tell you how terrible things are now. Kwesi Appiah achieved some successes, qualifying the team for the 2014 World Cup. This led him to become the first black African coach to qualify Ghana to a major showpiece, alas Ghana exited dramatically as controversy drowned a country tipped to be a favorite to right the wrongs of 2010.

Despite all that drama, he was awarded a further 2-year contract at the helm, adding insult to injury and further inflaming Ghanaians in the process. It was not long till we realized what a mistake that was, thus he was let go. For a change of pace after that torrid Kwesi Appiah tenure, there seemed to be a glimmer of hope for the Black Stars as Avram Grant, the former Chelsea FC coach was appointed to the team, and he seemed to be doing a good job.

A few semi-final appearances at the Africa Cup of Nations (AFCON) and a final that he lost on penalties in 2015 seemed to have gotten us the old Black Stars, or at least a shadow of it.  Unfortunately for the tactician, too many alleged administrative influences and pressure from the media led to both parties severing ties, and ushered the way for a prior mistake to be made twice! Kwesi Appiah was reappointed, and immediately disappointment after disappointment quickly engulfed the Black Stars, plummeting us further into football retrograde!

Not long after was he sacked, and the tenure of new GFA boss Kurt Okraku ensued. Now big things were expected of the new president, and he definitely had big shoes to fill from that of his predecessor disgraced or not.

Kurt Okraku Appointed CK Akonnor as the new Black Stars coach, the former Hearts of Oak gaffer and former Black Stars captain was received with mixed emotions. No one knew if this was a favor Kurt owed CK, or a campaign promise being fulfilled, or just a stroke of genius.  Whatever the motivation was for this appointment, Ghanaians trusted it in good faith. However, it did not take long for Ghanaians to realize this might be a mistake after all. Given time to build a team, CK Akonnor started touring Europe and the world in person alongside his scouts, to bring talent worthy of the Black Stars.  By his scouting techniques alone, one could just tell this was a recipe for disaster. Unlike the Serbian tacticians, he never made it clear that players were required to play in the highest level leagues and for topsides to be called to the team.

Not only did he not state that clearly, but he also sorts out players in lower-tier leagues. He has since always called up entire teams full of different personnel who for the most part are debutants in the team in hopes of magically finding a winning solution through his “justify your inclusion” tactic. This, in turn, has cost the national team big time! A clear and recent example would be Monday’s game where he started captain Dede Ayew as a striker, and the rest of the players just were not up to the standard of the Black Stars as it clearly showed in the game statistics. Ghana had 1 shot on target & 46% possession the entire game, losing 1-0 in a World Cup qualifier to South Africa after struggling days before beating a 90% all local Ethiopian side with a slender and fortuitous 1-0 victory in what was also a performance to forget.

Where we are now?

We have a coach who has exhibited poor tactical ability, poor scouting ability to the point where Ghana’s number 1 goalkeeper is Orlando Pirates keeper Richard Ofori; who if we’re being honest is definitely not the standard of the Black Stars. He is error-prone as he showed in Monday’s game and even his own team in South Africa have lost faith in him; to the point where he barely plays and is on the bench for most games. Yet, CK Akonnor deemed him worthy to be the number 1 goalkeeper for the Black Stars, a clear example of scouting incompetence by the gaffer.

This is where we are now. A nation so lost and confused that most people don’t even bother to watch the Black Stars play anymore, a team that once brought joy and pride to Ghanaians. The love is dying if not dead, the team is below par, the gaffer is worse than average, the team lacks tactics, leadership, spirit, and quality.

This is where we are now, sitting second in a group where only 1 team can qualify for the World Cup, and at the moment that team isn’t looking like it’ll be Ghana despite being drawn to a favorable group in comparison to the other African Giants of football.

We are struggling, and unfortunately, the feeling and belief among the people is we can only get worse. The GFA doesn’t care for the fans anymore, the empathy is gone and is now filled with Arsenal-esque despair, hopelessness & mediocrity! This is where we are now!

Winston Micheals is the host of the Y Sports Updates, Shouts On Y and Pop Central on YFM.

Ghanaians to blame for death of azonto music – Dahlin Gage

Fatherhood is not a popularity contest – MD, Hollard Insurance

Fatherhood is not a popularity contest – MD, Hollard Insurance