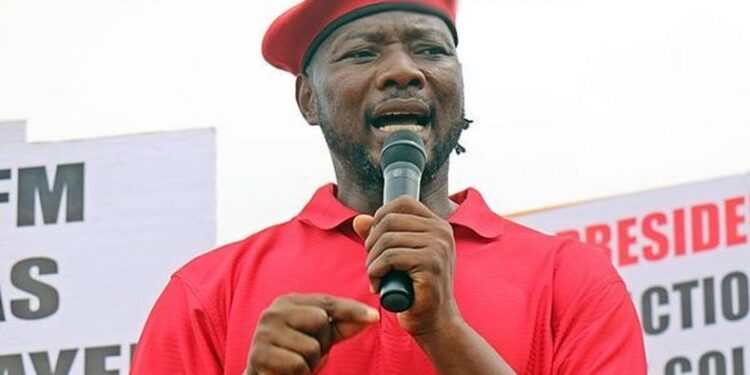 The flagbearer elect of the People’s National Convention, David Apasera, has admitted that his party has not been able to forge ahead in the political space and this he attributes to the actions and inactions of some leaders of the party.
Speaking in an exclusive interview with Samuel Eshun, he noted that some leaders of the party abandoned the business of the party to engage in demonstrations that were not approved by the party. He says that the delay of their elections for example is a rippling effect of the actions of these leaders.
“I agree that we have not fared well. The fact that even we’ve gone into congress just very belated three (3) months into elections. It means not everything is right with PNC. I may say that there has not been proper focus from the leadership. There has not been unity from the leadership and I think that was the main thing.
Right now that I’m elected, my focus should be on party activities. I don’t have to get myself into other activities if I am not fulfilling what I have been elected for. And so, if people left the business of the party, and went wayward especially organizing demonstrations and so on, your main focus is to get your act together for the party. And so we should have had elections last year but we never did. And these are reasons why there has been some sort of failure in our party”.
When quizzed by Samuel Eshun if he was referring to the former Chairperson of the party, Bernard Mornah, he answered in the affirmative. “To the best of my knowledge, the party did not hold a meeting to discuss issues regarding this electoral registration. If you are a leader of a party, certainly you need to move with your party. Your party has to agree. The party never took a decision on it and it was very wrong for a leader to embark on that project”, he added.
There has been claims that the two major political parties in Ghana, namely the New Patriotic Party (NPP) and the National Democratic Congress (NDC) control affairs of the PNC as factions either on the side of Bernard Mornah or Dr. Edward Mahama have been created in the party.
The defeated flagbearer contestant of the PNC, Sampson Awingobit, in an interview with Samuel Eshun, yesterday, made known that he lost the elections because he did not belong to any of the camps. He hinted that Rev Samuel Adjei-Debrah, who was also a contestant for the flagbearer position was in Bernard Mornah’s camp while the flagbearer elect, David Apasera was in Dr. Edward Mahama’s camp.
By: Alberta Dorcas N D Armah