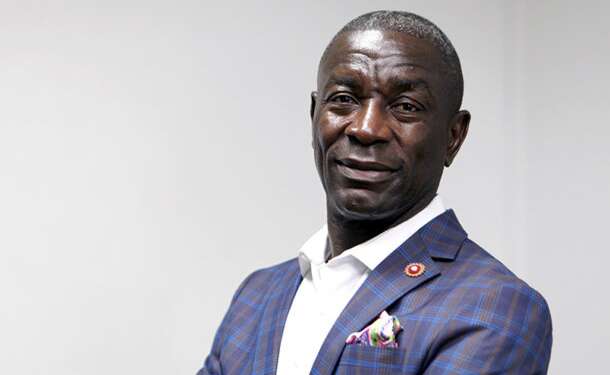 Co-founder of defunct financial service institution UT Bank and ex-serviceman, Captain Prince Kofi Amoabeng has narrated the instances that led him to join the Ghana Army.

Speaking on the ‘Y Leaderboard’ series on Y 107.9 FM with Akosua Hanson, Captain Amoabeng mentioned that he decided to join the military during his national service after he realized his style of living wasn’t getting any better and was going wayward.

“I was posted to Accra Academy for my national service as a teacher. I was teaching Statistics, Economics and Accounting in the 6th form and my life and teaching were not compatible.”

“I went to school someday and one of the students asked if they could suggest something to me, I asked him to go ahead and he said ‘Sir, let’s pack our things and go home, and I also went home to sleep.”

“With that attitude, I knew my life was not getting any better. But I had hope because, those days if you had a second class upper and first class which was quite rare, you were almost guaranteed a scholarship opportunity outside Ghana to some commonwealth states. So I applied awaiting for me to be called and then I realized I needed to know someone to be selected because the system had changed. So, I went to Job 600 where the National Service Secretariat was located and I was informed that my colleagues had gone and I was surprised because I wasn’t even called.”

“I went home disappointed and saw an advert about the recruitment into the officer core. I decided to get a discipline in place of the scholarship, so I wrote the application and I was called for an interview. I was so relaxed about the interview and then I was called to the Military academy,” he said.

Captain Amoabeng also disclosed in the interview that he detested army officers at a young age and regarded them as bullies and illiterates.

“When I was in the university during the Acheampong regime, we were always fighting the army. I always regarded army men in uniform as bullies and people who failed in school,” he said.

Captain Prince Kofi Amoabeng is a retired military officer and the co-founder of Ghana’s now-defunct UT Bank. He earned a Bachelor of Science in Administration from the University of Ghana Business School (Accounting). He is a member of the Chartered Institute of Management Accountants (CIMA-UK) and a fellow of the Chartered Institute of Management Accountants (CIMA-UK) (GH).
Prince Kofi Amoabeng has extensive experience in business management, with a focus on excellent customer relations, strategic and tactical business planning, and strategic partnerships.
He has previously worked for companies such as Opayesco Wood Processing Company Limited, Jamhaus Limited, K.K Power Company Limited, and P. K. Amoabeng Enterprise Limited.