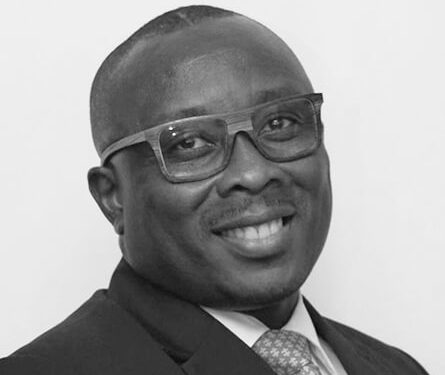 Chief Executive Officer (CEO) of the interoperable platform, Korba, Nelson Korshi Da Seglah took a turn on Ghana’s youth-inspired radio program, Y Leaderboard Series. He shares some worthy life experiences, the secret to success and the essence of music in enriching the soul.

Born to a family of eight and the first of his mother, Mr. Da Seglah had his primary education at the popular Hope School in Lartebiokorshi, Accra. He later proceeded to Mawuli Secondary School for his secondary education.

“I went through the old system and later I went to the University of Ghana and graduated with a double major in Computer science and physics. So, basically that’s how life started for me,” he told Rev. Erskine.

Describing the outlook of his family growing up, the business entrepreneur referenced his beloved as a conservative but liberal family.

Like the story of every smart son, Nelson Korshi revealed that his father prayed he pathed the journey of a lawyer, following his footsteps. However, his preference in mathematics set him a different path.

“My dad who was a lawyer and a lecturer at a certain point really wanted me to be a lawyer. But at a certain point, he gave up on me because he realized that the law thing wouldn’t work. I was too logical and for him, that was what he loved. I thought I could develop it into law but well even till now I struggle to remember Bible verses,” he said hysterically

“I was more mathematical inclined and so at a certain point, he realized that for me to reach my full potential he had to allow me to do what worked for me and so that came in quickly. So even on his death bed, he believed in me and I remember him telling me I still had to pursue law.”

Nelson Da Seglah further categorized his family as a strict but a well-disciplined group of people.

Sharing the secret ingredient of life success, the CEO of Korba highlighted that success can be attained by making the most of any circumstance. He used the example of preparing soup to illustrate his point.

He asserts that success comes from an individual’s accumulation of ups and downs, successes, and happy moments, just as each component in a soup may not taste as delicious when eaten alone.

“Life is just like a well prepared and delicious soup. The tastiness of the soup is not just because of the tomatoes. Taking these ingredients individually will not taste as good but mixing them up gives us the taste we enjoy. Being successful is how you mix your soup. It can be bitter or sweet depending on how you mix it and that is the definition of success.”

He counselled young people to put their attention on their own personal growth and take advantage of every chance that is presented them as a training ground for accomplishing their goals and dreams.

“I would say that in as much as money is important, it should not be everything in the pursuit of your dreams. In the early days it should be about developing, training and preparing yourself to achieve your dreams. I learnt that no experience is bad experience so everything adds up as there is a reason why we go through everything we do. Sometimes you need to trade money for the experiences you will get,” he stressed.

Sharing his perspective about music, he attributed the diverse parts that are blended to produce high-quality sound to the highs and lows of life.

“Music means life and I’ve always made the analogy that life is like music. It is just like the various mixed components which make music great and same is life. The low times, the good times, the average times and all is put together and then you realize life has been good,”

He is a Ghanaian information systems engineer, who founded Korba, an interoperable payment solution, in 2014.

The former executive manager of UT Bank, a specialist in e-business, is using traditional marketing to offer his new product as a loyalty tool.

Korba is a product of Halges Financial Technologies Limited and an interoperable platform that enables the movement of funds across multiple platforms including all networks and banks.