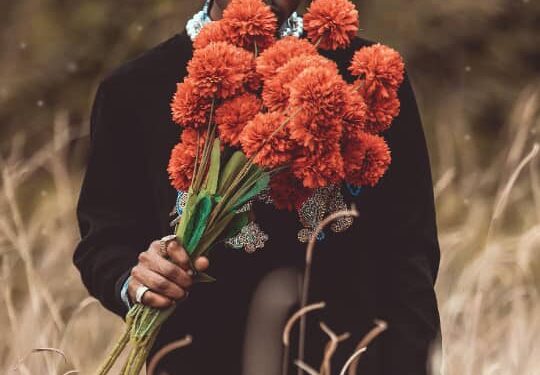 Nigerian Afrobeats artist CKay has shared memorable recognitions he has received in the course of his career so far.

The songwriter who appeared on YFM’s breakfast show “RyseNShyne” with Brown Berry and DJ Loft stated that his breakout began with his 2020 release “Love Nwantiti,” which features Joeboy and Kuami Eugene. The song went viral that year and saw supermodels from various parts of the world sharing videos of themselves vibing to it.

A notable moment for CKay was when Canadian model Winnie Harlow played the song during an Instagram live broadcast by American rapper Diddy.

Reacting to that moment, he said: “And that was so crazy because this was just a record I did in my bedroom. It felt good to know that the energy I put into the song was being connected with by all these people.” As of July 2021, the song’s music video had 16 million views on YouTube.

Speaking on his collaboration with Davido, CKay revealed that he recorded “La La” on July 16, 2020, which happened to be his birthday. Narrating how the collaboration happened, CKay explained that he ran into Davido’s manager Asa while visiting Nigerian artist BOJ. He worked on a piece with fellow producer Blaze Beat and shared it with Asa. Davido liked it and asked CKay to come over to his place the same day to record the song.

“It was so crazy cause I didn’t have time to plan. It was literally on the spot. And that’s crazy because Davido is like a huge superstar that I have been watching on TV since I was in school.” CKay said to Brown Berry.

Also referred to as Africa’s Boyfriend, CKay hinted at an upcoming single in August and an album that he described as “his best work so far.” The “Container” hitmaker also thanked his Ghanaian fans for the love they have shown him.

Kofi Kinaata reveals the motivation behind his style of music