Counselor Lutterodt Explains Why He Said Sarkodie Should Not Marry Tracy 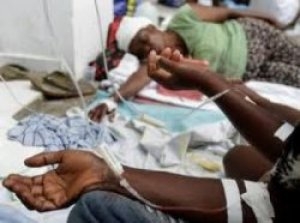 Counselor George Lutterodt in an interview on Happy FM has disclosed why he said BET winner Sarkodie should not marry Tracy, the mother of Adalyn ‘Titi’ Owusu Addo.
The controversial counselor explaining his initial statement that made headlines to DJ Adviser on Happy Star Chat segment said;
“I saw on Facebook that Sarkodie was married. So I was on a show discussing why celebrity relationships don’t work out and the presenter asked about him. So, I insisted Sarkodie was married but the host argued that he wasn’t married but had a child with his longtime girlfriend.
“I followed Sarkodie’s work. I like his songs and I follow his lyrics a lot especially what he said in Megye Wo Girl.
“So I told the host, if it’s true that he is not married to the lady and has a child with the lady, then he should not marry her because they have a baby.”
Here is the song that announced the arrival of Titi.


Here are a few photos of Sarkodie and Tracy being all romantic! After rumors surfaced online that Tracy had delievered a bouncy baby girl, on April 27th, Sarkodie announced the arrival of Titi to the Sark Nation with a song.

WATCH: Calvin Harris and Rihanna premier “This Is What You Came For” video