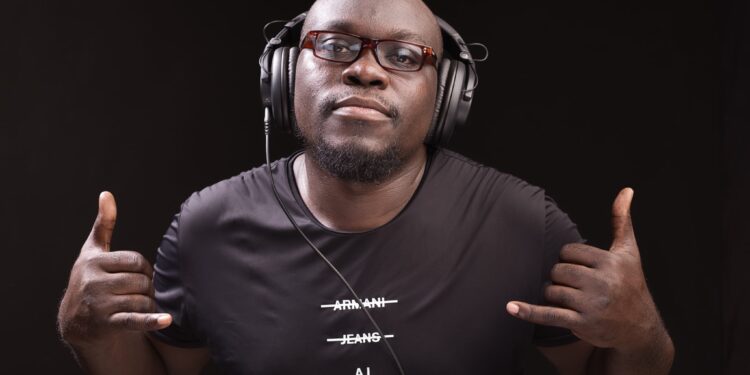 Suraka Fuseni is popularly known as DJ Suraka in the Showbiz World. He is a Father of 2 beautiful kids from the Northen Region (Tamale Bayenwaya) but was raised at Nima.
He graduated school in 1987 at Ring Road High School Kanda and due to financial constraint, the need to urgently look for a job for survival was high. Suraka realized his capabilities in djing and took advantage of every opportunity that came his way.
Clubs: His first djing experience started at Jah Guide Studios at Nima In 1985, then to Matador Night Club with Dj Wood Man in 1993 in Osu, Club Felisa in 1994 in Tema, Fridays  Night Club in 2002, Pokonus Night Club at Tarkwa in 2016, and then poached to Busua Beach Resort (Waves Night Club) in 2016.
Radio: His radio journey started from Sunshine Radio (now Choice FM) With KKD in 2002, moved to Adom Fm in 2005 with Abeiku Santana on “Fie Kwanso”, Oman Fm in 2007, Hitz Fm (Multimedia) in 2012 and then finally joined YFM in June 2013 till date. Suraka was simply juggling office work with Djing in clubs.
He was the official Dj for the y lounge from 7pm-10pm on weekdays at YFM  for 6 solid years. Recently, in March 1st 2019, Suraka and his On-Air partner hopped on “Shouts On Y” from 12pm to 3pm daily till date. These Duo are on another weekend show called the “Boombox” every Saturday from 3pm to 6pm.
Accolades: 1st July 2000 – 1st Runner Up for the Nescafe Dj’s competition, nominated for Best Radio Dj Western Music Awards, Best Night Club Dj of the year at Club Felisa In 1996, Best Night Club Dj at Fridays Night Club in 2003 and 2004.
Music Promotion: He’s with Magic Hands (Entertainment Company) as a Promoter and aDj since 2018 till date.

Vodafone is most innovative procurement company in Ghana

Vodafone is most innovative procurement company in Ghana