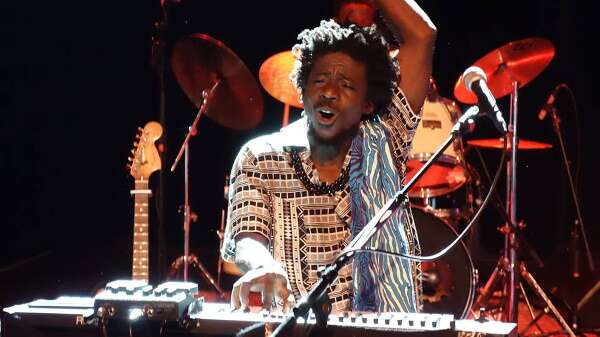 Born to veteran Highlife musician, A.K Yeboah, it was no coincidence young and talented Kwame Yeboah would want to follow in his father’s legacy.

He was introduced to music and instruments at a very young age and grew very fond of musical instruments. It is no doubt he is recognized as a wizard with the instruments.

In an exclusive interview with ‘Myd Morning Radio Show’ host Rev Erskine on Y107.9 FM’s “YLeaderboard Series”, the instrumentalist wizard stated that his mother disagreed with him following in the path of his father since she wanted to keep her only child around.

“I started playing drums at the age of five, then moved on to guitar at age seven then gradually at 14 switched to playing keyboards. I enjoyed playing more gigs than school though I enjoyed my stay at school. I was pretty good in school so it was boring. My interest and love for music grew stronger but to my parents that was never going to happen. It was a no from the start. I was with my mother most of the time because my father was always touring and she made sure I always went to school. She didn’t want me to do the same thing as my father did because that will mean I won’t be around. She wanted me to do something different. She wanted to keep me because I was her only child as well and I did it all for her,” he said.

“The support wasn’t the same in the case of my kids. I let my kids pretty much grow up to what they wanted to be and find themselves other than push music to them. I allowed them to grow to their personalities,” he added.