Doreen and Dede Evicted From YFM’s ‘The One’ Reality Show 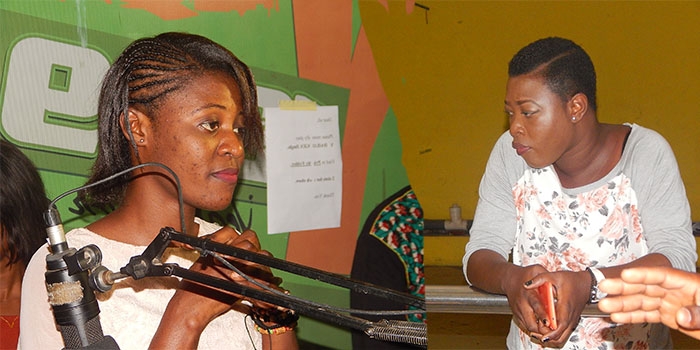 ‘The One’ reality show has encountered its first casualty with the eviction of two ladies from the competition. Doreen and Dede have been sent home after the first week in the house by their respective teams.
The contestants first major task in the house was to record a mock interview with Donald Trump, the President elect of the United States of America after which the person who did not play a major role in the task will be voted out by the teams. The orange team voted Doreen as the weakest link and Dede was voted by the Green team as the weakest link.
This leaves eight contestants in the competition whose fate are going to be decided by the general public through voting every week.
‘The One’ is a realty show focused on grooming a young presenter who is creative, charismatic, ambitious, funny and most importantly is extremely passionate.
Patrons can catch the contestants on YFM’s Myd Morning Radio Show with Trigmatic every Monday, Wednesday and Friday at 10am. However, there is an omnibus of the show on e.TV Ghana every Sunday at 7:30pm.