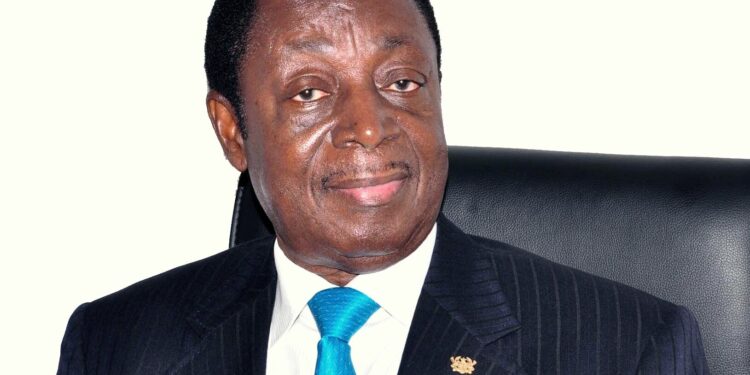 Chief Executive Officer of NIMED Capital Limited, Abena Buachiwaa Brigidi says former Governor of the Bank of Ghana, Dr. Kwabena Duffuor was one of the people she looked up to growing up.
Abena Buachiwaa who worshipped with the then governor at the Roman Ridge assembly of the Assemblies of God church shared, “at the time all the money we spent in the country had his signature on it and in my mind, he was my hero.”
She disclosed Dr. Duffuor’s humility always overwhelmed her and that made her look up to him more. “Anytime I saw this man, I was overwhelmed with his humility and how soft-spoken he was. He was my icon. He was everything.”
Speaking to Rev Erskine on Y107.9FM’s Y LeaderBoard Series, the NIMED Capital CEO noted that the former Bank of Ghana Governor made her desire to one day occupy the same position herself.
According to her, Dr. Duffuour’s humility and down to earth nature surprised her the most as the man’s signature was on every single Ghanaian currency. “Every Sunday you will see him clapping gently and when he sees you, he asks how you’re doing. I always went like ooh God I just want to be like this man.”
Another person she admits to having inspired her as a career woman is Nana Nketia, her partner at Alltime Capital Limited. “I have never told him but he has really inspired me. I had a bit of investment banking experience in the UK before coming down to set up Alltime Capital with him but he took me through hands-on training. He virtually took me through the process and my waves in the space is attributed to him.”
On her accord, any youth out there must have the skill to accommodate, communicate and let love lead in all they do. She added that when one has all these skills, “it is then easier for one to push through in whatever one is determined to do.”