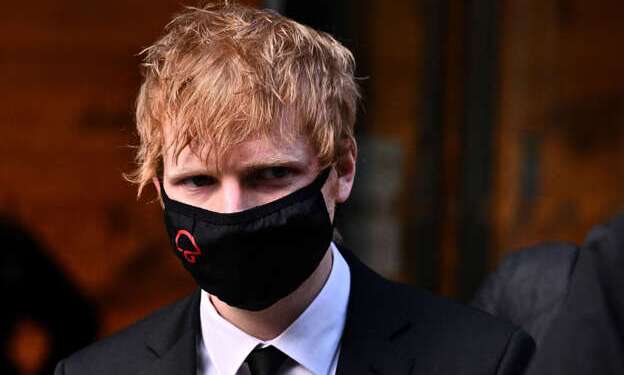 The singer had been accused of copying parts of his 2017 smash single from Sami Chokri’s 2015 track “Oh Why”.

On Wednesday (6 April) morning, Mr Justice Zacaroli cleared the singer of plagiarism after an 11-day trial at the High Court.

Chokri – who performs under the name Sami Switch – had claimed that Sheeran’s song took “particular lines and phrases” from his own.

Mr Justice Zacaroli listened to both songs in court, with Chokri and O’Donoghue’s lawyer, Andrew Sutcliffe, telling him they “sound almost identical”.

However, on Wednesday, Mr Justice Zacaroli decided that Sheeran, McDaid and McCutcheon had not copied the song, saying that there was “insufficient” evidence of “deliberate” copying.

In his ruling, Mr Justice Zacaroli said that when “listening to the sounds as a whole… the two phrases play very different roles in their respective songs”.

“The use of the first four notes of the rising minor pentatonic scale for the melody is so short, simple, commonplace and obvious in the context of the rest of the song that it is not credible that Mr Sheeran sought out inspiration from other songs to come up with it,” he said.

“As to the combination of elements upon which the defendants rely, even if Mr Sheeran had gone looking for inspiration, then ‘Oh Why’ is far from an obvious source, given the stark contrast between the dark mood created by the OW Hook in ‘Oh Why’ and the upbeat, dance feel that Mr Sheeran was looking to create with ‘Shape’.”

In legal documents obtained by The Independent, the judge wrote that while “there are similarities between the [‘Oh Why’] hook and the [‘Oh I’] phrase, there are also significant differences”.

“I conclude that Mr Sheeran had not heard ‘Oh Why’ and in any event that he did not deliberately copy the [‘Oh I’] phrase from the [‘Oh Why’] hook,” he wrote.

In a statement, Sheeran’s lawyers Simon Goodbody and Andrew Forbes said: “The judgment is an emphatic vindication of the creative genius of Ed, Johnny and Steve – as they have always maintained, they created ‘Shape Of You’ together, without copying from anyone else.”