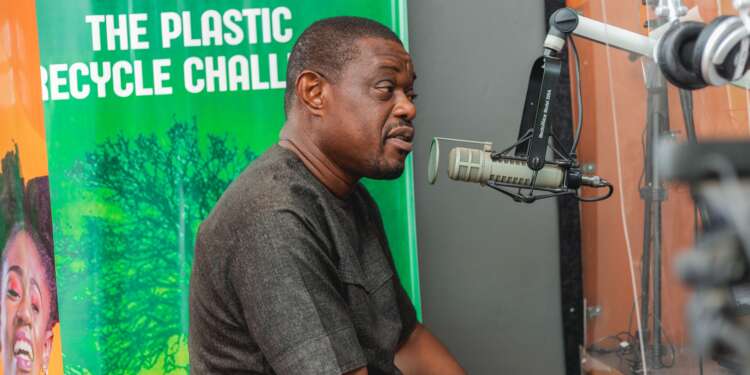 0
SHARES
30
VIEWS
Share on FacebookShare on TwitterShare on Whatsapp

Ghanaian Actor and Commerce Director of African Web, Ekow Blankson, has urged Ghanaian youth to always push for the best.

According to him, a lot of Ghanaian youth are only focused on their social life, and do not realize that people watch each step they take.

In an interview with Rev Erskine on Y 107.9 FM’s Y Leaderboard Series, he said, “There’s one thing the youth must know, they think life is let me just do anything because nobody is watching. But for everything you do, know you’re being observed. People watch all that goes on and that’s what happened to me.”

“What a lot of people didn’t know and till date still don’t know is that I served Abibigromma. It was the resident theatre company so I served them. When they were doing things like carrying props when traveling, I’ll be there to do all that. While I was doing all these things, I was being watched and in some cases laughed at.”

He noted that all along, he was not being paid for everything he was doing but he was rather being laughed at which he didn’t allow to discourage him but rather used that to better himself and all that paid off.

“I was one of the very first year students who was put on stage at the school of performing arts because of my efforts.”

According to him, this kind of dedication is missing in today’s youth. “They’re more involved in their socials and what their friends think of them. There are some things they can do but they’re not thinking about their careers and how to move from one step to the other.”

Ekow expressed that, if the youth continue to hang with peers who do not know more than them, then they’ll end up being at the same place. But if they deal with people better than themselves, “they will always guide and advise you.”