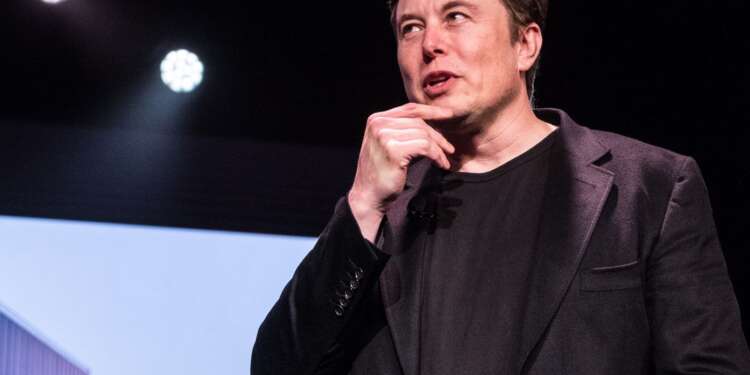 Elon Musk is closing in on seizing Twitter as talks between the Tesla magnate and the tech giant entered their final stages, reports say.

The billionaire could take over the company as soon as this morning as the board reportedly looked set to accept his offer of $54.20 per share.

The tycoon’s representatives were said to be hammering out terms including a timeline and fees if an agreement was signed and then fell apart.

The two sides were reportedly working into the early morning to finalize the ‘fluid and fast-moving’ negotiations.

Twitter shares soared by five per cent in premarket trading today to $51.50 a share amid reports it would be seized by Musk.

It comes a fortnight after the entrepreneur first sought to woo shareholders with his $54.20-per-share bid.

Musk’s team and Twitter met to discuss the prospective $43billion sale Sunday, with the Wall Street Journal reporting progress had been made.

It is unclear whether Musk himself attended those talks.

These were two days after he met privately with actively-managed funds which hold shares in Twitter, in a bid to convince them to take-up his offer.

The paper said there were still issues to hash out after Sunday’s meeting, and there was no guarantee a final deal would be reached.

Those issues are said to include what penalty Musk will pay should the deal fall apart before it is completed.

Dan Ives, an analyst at Wedbush Securities, told the New York Times the deal could be ‘the beginning of the end for Twitter as a public company with Musk likely now on a path to acquire the company unless a second bidder comes into the mix’.

Others suggested Twitter would only approve a deal valuing it at over $60 per share, having slumped from $70 last year to around $48 this year.

Bosses rebuffed Musk’s initial April 14 offer after he did not offer information on how he would buy the network.

He began to win over shareholders after revealing he had secured financing with the help of Morgan Stanley, with half his stake in Tesla offered as collateral.

He committed $21 billion in equity, $13 billion from Morgan Stanley in debt facilities and another $12.5 billion from the bank and others in margin loans.

Twitter’s share price rocketed since news of Musk’s purchase of 9.2 per cent of the firm and initial offer, from around $39-a-share to $48.93 when the markets closed.

That is still below Musk’s offer, which he has always insisted will be the only one he makes.

Musk has been meeting with Twitter shareholders in the last few days, seeking support for his bid.

He said Twitter needs to be taken private to grow and become a genuine platform for free speech.

Earlier Sunday, Musk tweeted he was ‘moving on’ to his more than 83million followers, leaving many in the lurch as to what he was moving on from.

But he later clarified it was in reference to ‘making fun of [Bill] Gates for shorting Tesla while claiming to support climate change action’.