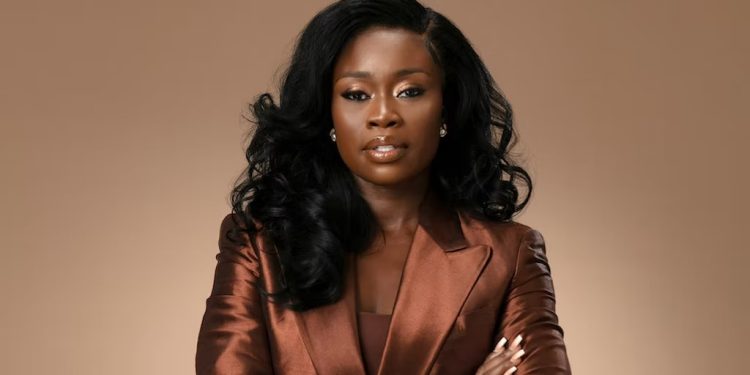 Claudia Lumor happens to be a native of the talked Ghanaian city, Kumasi while she enjoyed her basic education in the city. Having completed the popular Christian Preparatory School known to have produced one of the most brilliant minds in the country, she moved to the Kumasi Anglican Secondary School where she eventually became a Senior Girls Prefect.

Many primarily know Claudia Lumor to be an alumnus of the prestigious Kwame Nkrumah University of Science and Technology (KNUST) but few have a clue of the impact she lived as she recounted the period as one of the best moments in her life. She became a student leader and rightly in the entertainment field as the ‘Entertainment Chairperson’ for the African Hall. Her tenure saw for the first time a hall week commercial on TV.

“I moved to KNUST that was great as well because it really opened me up to reality. Those were the times I was really becoming independent and living by myself, traveling to visit my parents and coming back to school. I was also the Entertainment Chairperson for African Hall and at a point Miss KNUST. I Organized the African Hall week at the time and I think it was the first time we actually had a hall week commercial on TV. I came to Accra and made sure the commercial was on TV. I brought Sony Acheba at that time and others along with me to Kumasi for the Hall week. So it was interesting, campus was one of my best moments,” she shared.

Having completed KNUST, Claudia Lumor moved to London to join her mother, where she furthered her education at the University of Westminster Law School. She always loved law and finance and aspired to have a career in law and alternatively in the finance space growing up.

“I left the country after KNUST and went to the University of Westminster. After that I stayed in London, worked in Santander Bank UK. Growing up was great but I never thought I was going to be an entrepreneur. I just thought I was going to be school and somehow I wanted to be in the bank and I loved law. So I thought if I do finance and law I’d get a job in the bank or a legal team and that was my dream. Sometimes God has his own plans and that’s how I ended becoming who I am now,” she advanced.

Talking of role models and people who inspired her growing up, Claudia Lumor picked out her mother as her lifetime inspirer. She highlighted the commitment, diligence and hard work of her entrepreneurial mother who birthed five children; juggling work and traveling with providing the best for herself and her siblings.

“I thought we were the richest kids in town because of how my mother provided for us all. We were the coolest children in church because we used to way the prettiest dresses and sometimes she traveled with us to London when she goes to get the goods for her store. She made us part of her business and that always inspired me with how she did all of that,” Claudia Lumor continued.

Speaking on the birth of her distinguished fashion outlet, Claudia being a lover of lifestyle magazines who had returned to Ghana after life in the UK realized Ghana had no lifestyle magazine which met the quality she looked for or compared to that of neighbouring country, Nigeria.

“I am someone who has always loved magazines and when I came to Ghana I wasn’t getting the magazines I wanted so I started researching and realized we didn’t have a lifestyle magazine here. The magazines I was finding were not doing Ghana and those featured in there the justice they deserved, and I also felt stories could’ve been told in a more tasteful way,” she told Rev Erskine.

Claudia took the time to educate herself about the magazine industry after observing that Nigerian publications had good content in contrast to Ghanaian stories. She developed and produced the first edition of the Glitz magazine two years after knowing that class could be found in Ghana.

The fashionista expressed her humility at the magazine’s success as she said, “When we started we didn’t have a thriving fashion or beauty industry and I was even struggling to get people to feature in the magazine.”

Thanks to genius, experts from all facets of the Ghanaian economy are somehow involved in the fashion industry. Regardless of their educational background, young individuals who were previously reluctant to be associated with the fashion industry are now proud to claim the title of designer.

She further admonished persons with the means to invest in the local fashion scene to up their appreciation for the sector.
She argues with the support of corporate Ghana, the fashion industry will see immense growth as she indicated that the space is the 2nd highest employer globally and believes it is time for more investments to be made into the sector.

Claudia hopes the narrative will soon change with the business community investing more in the fashion space.
“The investment companies abroad are responsible for all the Gucci’s, Versace’s and all other named brands we have. Investors need to put money into all the young Gucci’s and Versace’s we have in Ghana,” she added.

Having engaged government and policymakers, Claudia is optimistic funding will soon be provided for the fashion industry for its growth.

The Glitz Magazine boss further advised the youth to prioritize their well-being to develop a fortified personality for success.

She reiterated that despite the tough fixtures of schedules ad workloads everyone needs to look after themselves, catch up on social life and spend ample time with family and friends.

Referencing herself, she disclosed that everything about her business is primarily in meetings and pitches to clients. However, despite the complexities of her busy schedule, she prioritizes making the most out of her weekends.

“Not many people are privileged to get an up-close conversation with their role models and stars they see on tv always. But Claudia made this possible despite being on radio she made sure she spoke directly to the youth and the people that look up to her. She’s indeed a woman of change and an icon. Ghana is blessed with people like Claudia and we’re honoured to host her on the leaderboard space,” the Programmes Manager of Y107.9 FM remarked.

Look up to yourself- Glitz Africa Boss champions self-care routine