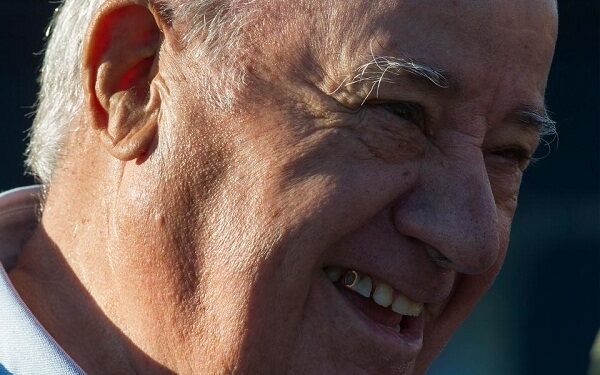 Amancio Ortega, the Spanish retail genius who started Zara, passed Microsoft cofounder Bill Gates to become the richest man in the world on Wednesday. Shares of Ortega’s business Inditex, parent company to Zara, Massimo Dutti and Pull&Bear, ticked up 2.5% Wednesday, boosting his personal fortune by $1.7 billion. That lifted Ortega’s net worth from $77.8 billion to $79.5 billion. Gates is worth an estimated $78.5 billion.
The son of a railway worker from La Coruña, Spain, Ortega is as reclusive as he is rich. He started his career as a store clerk in his hometown before opening his own business. Beginning with less than $100, he and his wife Rosalia Mera began making lingerie, pajamas and nightgowns in their living room.
In 1975, the couple (who eventually divorced) decided to open a store named Zara. Eight years later, Ortega had expanded to nine locations around Spain. In 1984, he opened a 10,000 square foot logistics hub.
Unlike most retailers, Inditex hardly relies on advertising. Ortega has instead devoted most of his resources into turning his company into the most efficient retailing operation in the world. When companies like Gap and H&M were taking five months to design, make, distribute and sell new products in the early 2000s, Zara was doing it in three weeks. That meant Ortega’s companies could keep up with the whims of shoppers much more easily than its competitors — and also had to spend less on warehousing.
Ortega took the business public in 2001 and debuted on the Forbes billionaires list the same year, with a net worth of $6.6 billion. By then, Gates was already the richest man in the world, with a fortune of $58.7 billion.
From 2001 to 2002, as most billionaires struggled to hold onto their riches amid the dot-com crash, Ortega gained an additional $2.5 billion and became the world’s 25th-richest man. He repeated the trick seven years later, when the world plunged into crisis. From 2009 to 2013, while the Spanish economy was reeling, Ortega personally gained $39 billion.
Ortega briefly took the title of world’s richest man for the first time in October 2015, when Inditex shares hit an all-time high and boosted Ortega’s net worth to $80 billion. But the stock quickly dipped, and Gates once again claimed the throne. The two billionaires will likely continue to exchange the title as the stock prices of their holdings continue to bounce up and down.
Gates has donated nearly $31 billion in stock and cash to his foundation over his lifetime. If the Microsoft cofounder were not such a prolific philanthropist, neither Ortega nor anyone else on Earth would be anywhere close to as rich as Gates.
Forbes.com

Marketing with a Limited Budget: A Test Of Creativity

Pappy Kojo and Joey B Fought?

Pappy Kojo and Joey B Fought?