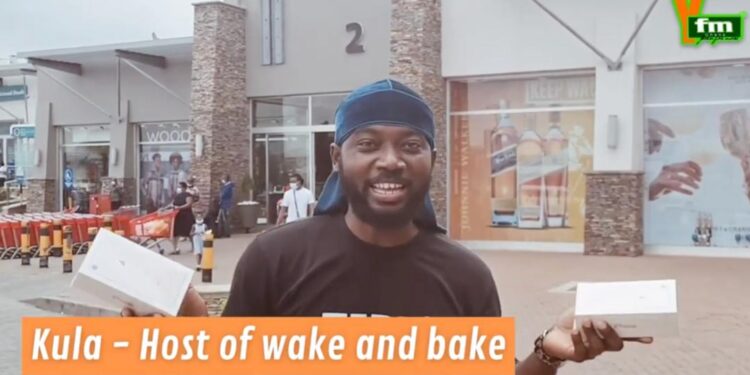 YFM’s presenter Kula, together with a representative from Baba Gadgets, Paul Anomah randomly presented these phones to two lucky fathers after an exciting interaction with them.

The first father in sight was shopping for chargers with his wife when Kula introduced himself. After speaking about his relationship with his children, the proud dad was awarded the first phone.

The next stop was at the wine section of Shoprite where Kula met a couple at the wine section. From their conversation, Kula found out that he had a one-year-old baby. Touched by the story of the new dad, Kula awarded him the second phone after asking him to advise new fathers.

The new dad’s advice to fathers was, “Marry your best friend and learn to understand the psychology of women”.

Programmes Manager of YFM, Eddy Blay, speaking on this Father’s Day activity, stated: “We are happy to have shown our appreciation to fathers ahead of the special day for fathers.

Eddy Blay extended his gratitude to Baba Gadgets for the enormous support.

M3NSA releases “Questions For The Gods” with M.anifest.

M3NSA releases “Questions For The Gods” with M.anifest.