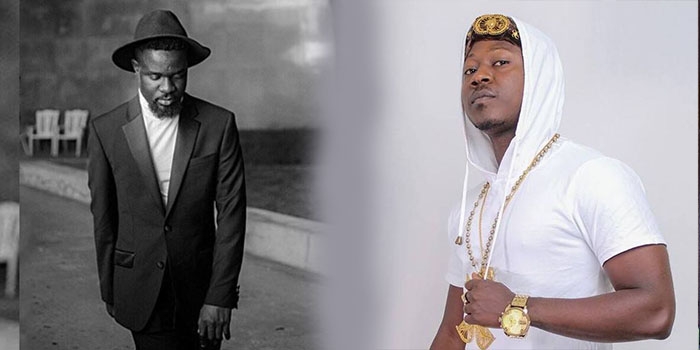 Fire Bon Dem rapper Flowking Stone has detailed his relationship with Sarkodie after all the controversy that followed after he released the remix of his mega collaboration with Sark and Shatta Wale.
Asked which rappers he was cool with, the Rapfam Entertainment act said;
“I am very cool with Okyeame Kwame. I’m very cool with EL. I’m cool with Sark too. When I chat with Sark I don’t feel that there’s a friction between us. We chat and it’s on a brotherly level and a friendship level. I don’t know how Sarkodie feels but to me everything is alright.”