Funding should not hinder you from pursuing a doctorate – Prof. Kwaku Atuahane-Gima 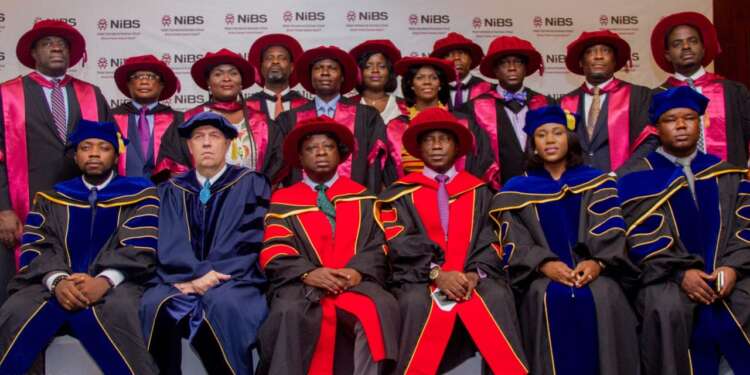 Funding should not hinder you from pursuing a doctorate - Prof. Kwaku Atuahane-Gima

Founding President and Executive Dean of Nobel International Business School, Professor Kwaku Atuahane-Gima, has advised the youth to go ahead and pursue a doctorate if they want, even if they do not have all the needed funds sitting ready.

Interviewed by Rev. Erskine on the Y-Leaderboard Series which airs on Y107.9FM, he said this after he was asked if he has any advice for people who are looking to pursue their doctorate studies but are hesitant due to lack of funding, their careers and other commitments.

He noted that in every school across the world, fees are charged and it is no different with his school, hence, that should not be the hindrance. “The advice I give them is that although we don’t save tons of money to use on educating ourselves, the time is moving and technologies are changing so you have to update yourself constantly”.

He continued that, “If you have very little money, then go do a short course for a start. Even if you want to do a doctorate, start the doctorate with that little money and bit by bit, you will pay. There’s no one that has entered our institution and has a huge chunk of money to take them through school. They all start and then bit by bit, they pay”.

According to Professor Atuahene-Gima, it is just a matter of being confident in oneself that whatever they are pursuing is actually going to be worthwhile in their career. Therefore, if they believe it is, then funding should not be a hindrance to pursuing that doctorate since they can always pay in bits.

Kwaku is the first African Scholar ranked among the world’s top 1,000 innovation management scholars, at number 4.

Professor Atuahene-Gima had a c-score of 4.00 in the list of World Ranking of Top 2% Scientists published 16th October 2020 that ranks him 140 out of a total of 36,319 Top 2% scientists in Business and Management.