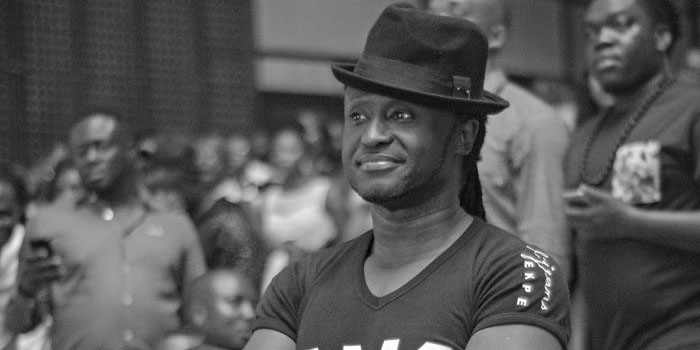 Originator of Hiplife, Reggie Rockstone is still a floating voter as far as the #GameOfFlows between rap stars M.anifest and Sarkodie is concerned.
The VVIP member took to his Twitter to plead with folks to stop blowing his phone up asking about who was god or king.
He tweeeted;
“STOP BLOWIN MY FONE UP ABOUT WHO IS KING AND WHO A GOD MC.. MANIFEST AND SARK GODLY KING MCEEZ… DAS ALL! ENJOY OUR BEST FROM GH! ONE AFRICA…”
Social media lit up when M.anifest released his godMC flow because many assumed it was a reply to Sarkodie’s Bossy record that had dropped earlier.

STOP BLOWIN MY FONE UP ABOUT WHO IS KING AND WHO A GOD MCMANIFEST AND SARK GODLY KING MCEEZDAS ALL! ENJOY OUR BEST FROM GH! ONE AFRICA

But Ma.nifest’s effort was a surprise to many because EL was the lyricist many believed Sarkodie was targeting with Bossy.
M.anifest’s used the opportunity to announce his album on the horizon No Where Cool and Sarkodie is hosting legendary rapper E40 in Canada today.
Which of the songs is hotter?
#Bossy or #godMC…
YFMGhana.com