Ghana pays no attention to the incoming festive season 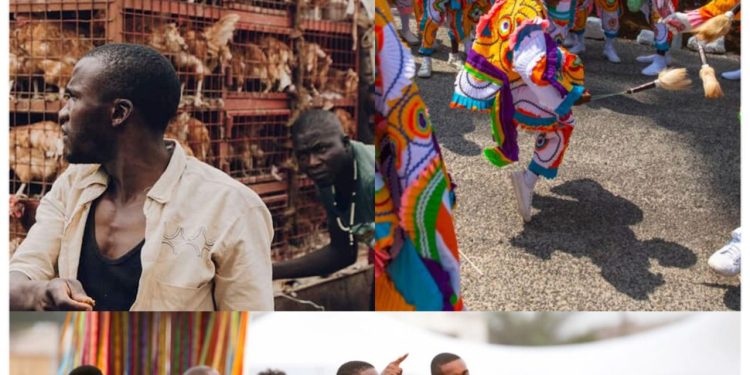 Ghana pays no attention to the incoming festive season

Ghana has been recognized as a West African country which begins early preparations for holidays with enthusiasm and spirit de corps that stretches beyond all religious backgrounds, and beliefs and emanates a nationwide atmosphere of joy and solace.

The two most idolized holidays in Ghana are the Easter and Christmas holidays which are centred on the celebration of not only the birth, but the death and resurrection of Jesus Christ, and are celebrated in the second and final quarter of every year respectively.

Holidays in Ghana, especially Christmas, is a time adults and children delight in because dishes that align with the festive season are prepared, new clothes, new shoes and the likes are purchased for adults and children alike, and most of all appreciate each other for an amazing year together.

However, Ghana’s response to this year’s incoming Christmas festive season has been cold and the streets of the capital city Accra and most homes all around the nation are lacking Christmas spirit.

The economic crisis that hit Ghana in the early quarter of this year plays a major role in the nation’s inability to embrace the festive season which has been as a result of the ongoing Russia-Ukraine full-scale war, which has two of the world’s top producers of grain and mineral engaging in a full military brawl against each other, leaving most parts of the world especially poor and undeveloped countries in a major crisis.

According to the UN Food and Agriculture Organization, Ukraine contributes 42% of sunflower oil, 16% of maize, and 10% of barley traded on the global market. According to the United Nations (UN), as of May 2022 around 20 million tonnes of grain are currently stuck in Ukraine from the previous harvest.

The war which regained global attention in February 2022 brought a number of African countries’ economies to their knees. The Ghanaian President said in May 2022 while speaking at the annual General Meeting of The African Development Bank Group held in Accra said; “The Russian invasion of Ukraine since February has caused a surge in prices of food commodities. According to the International Fund for Agriculture and Development (IFAD) shortage of fertilizer of 2 million metric tons estimated to 2 billion United States Dollars has potentially created a deficit of some 20-50% in the agricultural sector of Africa.”

Ghanaians are facing one of the toughest years in the history of Ghana’s economy and are wondering how merry the season would be especially in this time of hardship.

My music must reach all corners of the Earth- Adina