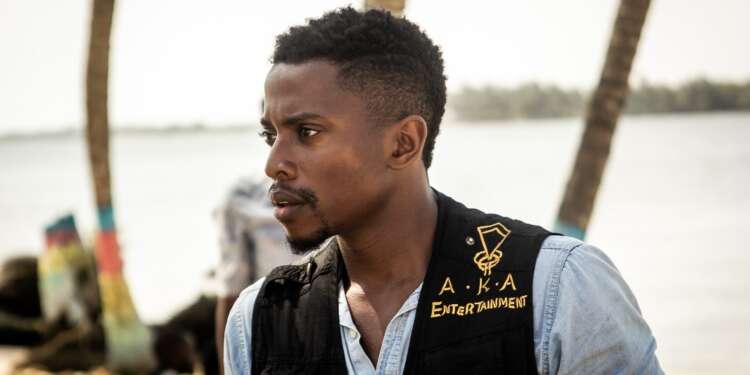 0
SHARES
131
VIEWS
Share on FacebookShare on TwitterShare on Whatsapp

Ghanaian-American writer/director, Amartei Armar, is steadily making a name for himself in the global film industry, one movie at a time. His first release, Vagabonds, instantly gained recognition among industry peers and was nominated for awards across the world. It won Best Short Film in Italy’s “Life After Oil” film festival and Canada’s prestigious “Montreal World Film Festival”.

His latest release, “I Like It Here”, is set to debut at The BlackStar Film Festival in Philadelphia, USA on the 6th of August. This festival is recognised by Hollywood’s Academy of Motion Picture Arts and Sciences, and winners automatically qualify to be nominated for the Oscar awards.

Together with producer Ike Yemoh, Armar led an all-Ghanaian cast and crew to create a fifteen-minute drama, that tells the eventful story of a Ghanaian-American youth on his way to catch a flight out of Accra, hoping to leave deep-rooted feelings of cultural displacement behind. Although most of the film’s dialogue is in Ga, film critics from Africa, Europe, and America, who have had the privilege of a pre-screening, empathise with the themes and respect the high level of craftsmanship.

It is this level of craftsmanship that will pave the way for Ghanaian films to cut across cultures and borders to audiences outside the Diaspora. “We want to tell realistic, local stories in an innovative way, at a world-class standard. That is what sets us apart”, says Armar.

We are excited to see the outcome of the journey Amartei and his team have embarked on, and look forward to cheering with pride as he takes the Ghanaian flag into the halls of Hollywood fame.

A new flavour of African entertainment is on the rise as Burna Boy and Wizkid made Nigeria proud by bringing home Grammy Awards, and leaving a permanent mark for Afrobeats on the international music scene. While African musicians collaborate with the biggest names in the global music industry, African films and filmmakers are also gaining international acceptance. This time, we have a soon to be success story of our very own.