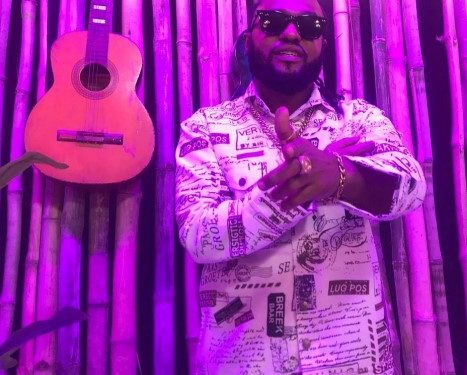 The Akademia Music Awards have recently awarded Hip-Hop and Afrobeat artist, Gibrilville the 2022 Outstanding Legacy Award. The ceremony, which was held in California on June 4th, recognized Gibrilville’s contribution to creating a musical legacy deemed timeless and important for future generations. The award celebrates Gibrilville’s accomplished catalog of music, which follows the journey of his career.
Gibrilville’s catalog expands over 14 album releases, ranging from collaborations as duo Rapskallyonz, to pseudonym Gibril da African, to his most recent works as Gibrilville. His first single ‘Streets of Africa’ featuring M1 from legendary Dead Prez, catapulted Gibrilville into the limelight of the music industry after his series of mixtapes ‘’The Foreign Exchange Hustlers Vol 1-5’’.

Gibrilville is no stranger to winning awards with his track ‘Kilodey,’ which has nearly 400,000 views on YouTube, recently winning the number 1 spot on Power XR West Coast radio network. His reggae EP ‘’Black Cadillac Season 1’’ was mixed by Grammy-award winning American record producer, engineer and mixer, Gordon Williams, dubbed the ‘Commissioner’, who worked with Lauren Hill and Amy Winehouse, collaborated with Gibrilville on the album being awarded in 2016. His latest singles ‘Angels’ and ‘Dididaada’ have been warmly received, with ‘Dididaada’ already reaching over half a million Spotify streams, while the music video has accumulated 70,000 views.

‘Can of Soda’ is Gibrilville’s upcoming single, a dynamic Afrobeat track that explores a snapshot from Gibrilville’s time in prison as a love story unfolds.

Gibrilville was born during a time of great unrest in his birthplace, Ghana. This would only be the beginning of the difficulties he has faced throughout his life. From dodging bullets, escaping civil wars, living on the streets selling drugs and spending time in prison, music has anchored him during those stormy seas.

Working in the auto industry, Gibrilville established himself as a leader, teacher and mentor in the sales department, while juggling his career as an artist. But amidst the turmoil, Gibrilville has remained true to music, writing songs that have made him stronger, with each release becoming a constant companion throughout his life.

Gibrilville’s turbulent past has guided him to the present day. Now conscious of his being and his purpose in the world, he continues to push boundaries with his creativity and artistry, sharing his gift and inspiring his fans along the way. Gibrilville’s upcoming album ‘’Good Things Manifest & Bad Things Defect’’ will be his biggest release to date, including production from Afrobeat producer, Jaysynths.

‘’The album is a collaborative effort, working with artists, that are as close to me as my family, the chemistry is undeniable. Kwaw Kese, RJZ, St Beryl, Kweku Afro, Wanlov the Kubolor, Reynolds the Gentleman all came through representing Ghana. Tek from SmifN-Wessun and Nathaniel the Great via Brooklyn – NYC, has made this dream come through’’, says Gibrilville.

With production from DJ Pain 1 who has produced for artists like 50 Cent and Public Enemy. Ghanaian producer, KaySo brings genre diversity with his Hip-Hop, Afrobeat, R&B and Afroswing expertise. US-based Ghanaian beat-maker Coptic, best known for his work with Notorious BIG, Ice Cube and KRS-One, contributed to the album. The vast range of talent makes the album a dynamic body of work. ‘’Good Things Manifest & Bad Things Defect’’ is scheduled for release in late 2022 and will be released on Gibrilville’s own music production company, Foreign Exchange Records, a label he has created to push Hip-Hop and Afrobeat globally.