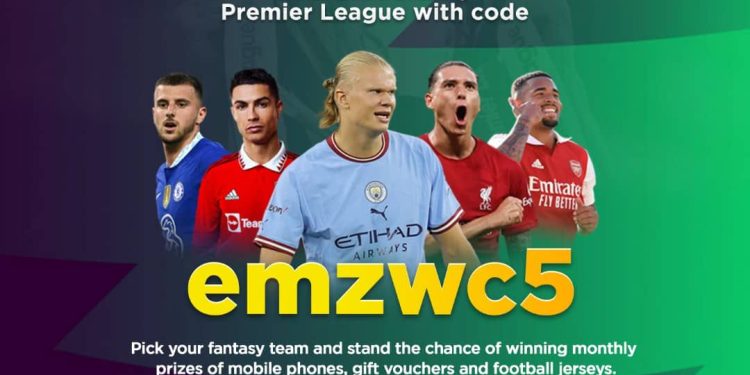 0
SHARES
93
VIEWS
Share on FacebookShare on TwitterShare on Whatsapp

Popularly noted to present listeners and viewers a euphoric atmosphere of entertainment, GMABC introduces to patriots and sports fans another exciting opportunity to participate in the upcoming EPL season as fantasy managers of their personalized team in the Fantasy League.

Fantasy managers do not only get to enjoy the adventurous competition but are assured of winning exciting prize packages within the 38 weeks of the season while the manager with the most accumulated points on the leaderboard gets to take home a massive Ghc10,000.

During the launch, Ohene Brenya-Bampoe, the coordinator for this season’s GMABC league reiterated that the league has proved to be very rewarding and worthy to the various managers.

“In the previous editions of the GMABC Fantasy League, winners got to enjoy an all expense-paid trip to a Soa Tome, others went to a preferred premium hotel in Ghana for their holidays. I can go on and on if you allow me. In fact, manager in the league won consolation prizes ranging from mobile phones, laptops, tickets, team jerseys of their choice and a variety of other goodies in our monthly giveaways during the season. So you never know this season could be your breakthrough. You would not only get to win GHC10,000 you will also win a lifetime prize package.”

He further charged fantasy managers and new managers to download the Fantasy League App from Play Store or App Store and join the GMABC League with the code emzwc5.

In the virtual game of Fantasy League, users take on the role of coaches and create a virtual team of real-life football players. Points are awarded depending on the players’ actual statistical performance or their perceived value on the playing field. The Fantasy Premier League (FPL) Manager’s budget for a new squad of up to fifteen (15) players is £100.0 million.