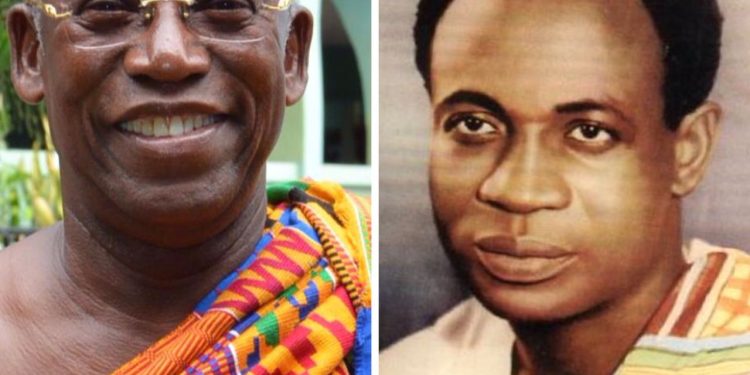 0
SHARES
118
VIEWS
Share on FacebookShare on TwitterShare on Whatsapp

Founder of the African University College of Communications (AUCC), Hon. Kojo Yankah, has described the Great Osagyefo Dr. Kwame Nkrumah as a man with the “charming personality” every youth looked up to.

According to him, despite not having had a close encounter with Dr. Kwame Nkrumah, he experienced the ‘Freedom Fighter’ portray himself as selfless and a man engulfed with knowledge. For him, these were the best qualities every great leader possesses.

“My relationship with Nkrumah was distant. I was a member of the Young Pioneer Movement and therefore learnt, studied about him and when we had to meet him it was in a distant. But he was the charming personality that any youth would want to as a role model. He was so inspirational,” he told Rev Erskine during the Y Leaderboard Segment on Y107.9 FM’s Myd Morning Radio Show.

Hon. Kojo Yankah believes the experiences and exposure of Dr. Nkrumah molded him into the man and the leader he proved to be.

“He was a selfless person. He had a wealth of knowledge which was very important. He had travelled far and wide. He had experienced America, experienced racism, met with common people in Harlem. He had been doing some basic chores to earn money there, had gone to school through the hard way. But more importantly he had accumulated a worth of knowledge,” he said.

Mr. Yankah furthered, “As a leader, he needed that to prepare himself adequately. He met great minds in America, the UK when he moved there and learnt at the feet of people who had a wide expanse of knowledge. So, he prepared himself adequately and hearing him was joy. He will speak and seeing him even on radio, television or any platform, he was amazing and charming. It shows clearly that he wasn’t the person that wanted anything for himself. He was so transparent and you could see his passion for the independence of Ghana.”