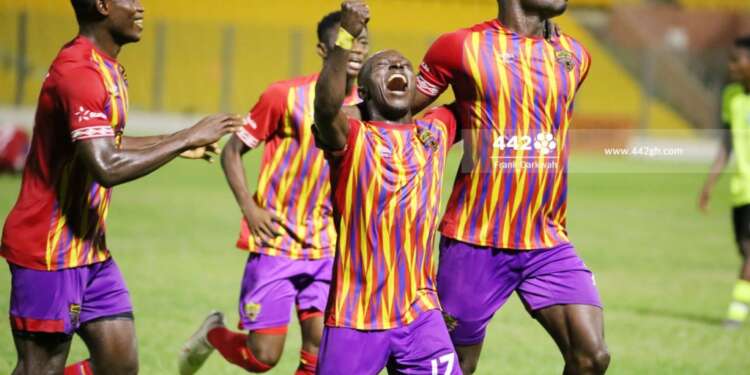 0
SHARES
24
VIEWS
Share on FacebookShare on TwitterShare on Whatsapp

Outstanding sports pundits and former athlete in the football terrain, Lukeman Evergreen, believes strongly a win for the Hearts of Oak against Asante Kotoko in the widely anticipated super clash game will uplift the spirits of the Phobians.

According to him, it is obvious the 2021 Ghana Premier League (GPL) winners have been poor defending the title.

However, he attributes the inconsistency of the Accra based club to a number of factors including the struggle for fitness level and the embattled situation with Gladson Awako’s switch from Accra Great Olympics.

Speaking during the #YSports Super Clash Fans Space, the football analyst said, “Hearts have not been the same compared to last season’s team. They have been dealt injury blows, most of their players have left the club, including Benjamin Afutu, who in a way was the unsung hero for Hearts during last season’s Premier League victory. The situation with Awako also wanting to leave the team, I felt it kind of unsettled the team a bit. They were more focused on resolving the issues with the player than concentrating on whatever they had at stake.

I also felt the heavy defeat in Africa to Wydad Athletic Club of Morocco and JS Souara also had a toll on them mentally. These are some of the things that have really really affected Accra hearts of Oak this season and for me if there’s a way back for them, then it doesn’t come any better for them than facing an in form Kotoko side. if the they beat them, I feel it would bring back their confidence that is missing so far in the team.”

He further debunked the claim that Awako has been a disappointment to the side despite the general downgrade of form as he indicated that, the playmaker is well built for huge games like the ‘Super Clash’ and for that, this is the perfect opportunity for him to come up clutch in order to redeem himself.

“I don’t believe he’s a disappointment and like I said, the issues that surrounded his arrival at the club affected him a little. He was not feeling well at the start of the season and all these have taken a toll on him and the team in general. For a player like him, he has got a lot of experiences playing in some of the biggest games in Ghana and we saw him playin week-in-week-out for Olympics. He’s played football at the highest level and won the CAF Confederations Cup with TP Mazembe, played in the Congolese League, played in America for Phoenix Rising,” he added.

Meanwhile, in form Asante Kotoko would seek to avenge last season’s loss to Hearts of Oak and extend their lead on top of the league table on Sunday at the Accra Sports Stadium in hopes of winning this season’s league title.