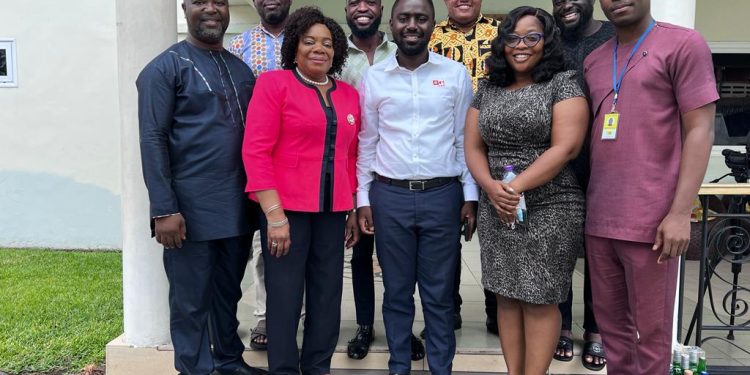 Happy 98.9FM has set in motion a laudable initiative to celebrate this year’s Homowo with the Ga State, and provide a platform to chronicle the Ga history, culture, traditions, belief system and its form of governance.

Happy98.9FM will also offer its audience a glimpse of the Homowo festivities, taking them through the myriad of activities, from sporting events, clean up exercises, business summits to the colorful display of culture.

The Programmes Manager of Happy FM, Elwood Mantey in his remarks during the on-air segment of the initiative dubbed, ”Ga M3i Kusum” which literally means tradition of the Ga people said: ” We are launching today one aspect of the ways in which Happy FM intends to celebrate with the people of Ga. It’s a comprehensive plan that will have on-air, out-door broadcast and online components. As a brand that operates within the Ga State, we are doing this to spearhead the agenda to project a positive image of Ga and bring the rich culture and heritage of the Ga people to our listeners, and followers on digital platforms.”

The seven Ga States; Teshie, Nungua, La, Osu, Kpong, Tema and Ga Mashie commenced the activities to mark Homowo in May with the ban on noise making, the Twin festival and climaxes it with the Homomo (hooting at hunger). The Homowo serves a celebration of the Ga people overcoming a period of famine due to the failure of the seasonal rains needed to nourish their crops. The festival brings together the various Chiefs, sub chiefs, and people within the seven communities and centered on ancestral reverence, remembrance and acknowledgement of past Kings and noble feats.

HappyFM’s Programmes Manager, Elwood Mantey says history, culture and tradition is supposed to be handed down to the next generation and his outfit is willing to lead that charge.

“There are a lot of things as settlers within the Ga State we don’t know about our host. There are indigenes who don’t also know their origin, belief systems etc. So, we are here to correct that anomaly, with our ”Ga M3i Kusum” which will air on Nsem Pii every weekday from 11am to 1pm. As the name depicts, it will lead conversations on the Ga customs. Chiefs and leaders from the seven communities will take listeners on air and viewers on Facebook and YouTube through their distinct culture, history and traditions. Let’s appreciate where we come from, so that we know where we are going,” he admonished.

The tradition of Homowo started with a period of hunger leading to famine due to failure of the seasonal rains needed by crops in the Greater Accra Region, where the Ga people predominantly dwell. When the rains returned to normal, the Ga people celebrated by creating the Homowo festival, hence its name and meaning.

Homowo is greatly celebrated in all the towns in the Ga state with celebrations climaxing in Gamashie. The celebration begins with the planting of maize, which will be used in preparing the food for the festival named Kpokpoi or Kpekple. During this period, noise making is prohibited or banned since it is believed that it disturbs the gods.