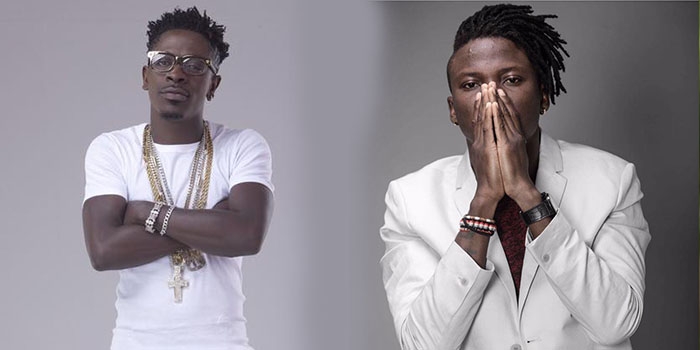 Shatta Wale has aired his views on Stonebwoy’s possible Grammy nomination that was announced four days ago.
A few days ago, VP Music posted the BHIM Nation leader’s Livingstone album cover with the caption;

In a tweet moments after the possible nomination in the next Grammy awards was announced by VP Music the Shatta Movement Empire boss wrote;

“Guys guys lets be real here ,Ibe awards we go take do investments ..Hell No!..Lets be focused please!! Just bought a mansion for us all.”

Doreen and Dede Evicted From YFM’s ‘The One’ Reality Show