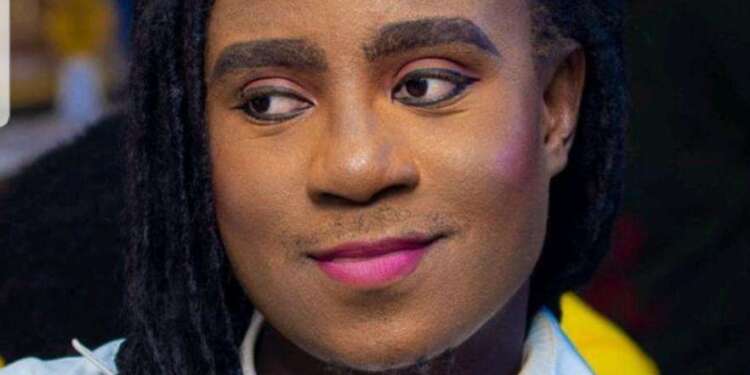 Popular Ghanaian actor Ebenezer Forson known as Eb Forson in the entertainment circles has disclosed that he’s not gay.

In an interview, Eb Forson revealed that he was not gay and that he was born like that and even has a twin who’s also the same as him.
‘’ I am not gay, that is how God created me, it’s from birth. I’m a twin and my twin brother is also the same as I am and is even a nurse.’’ He said.
When asked if he will marry and give birth in future, he replied yes and said it shouldn’t surprise anybody. He further revealed that he received messages from the same gender to indulged in such an act but he ignored them.
When he was asked how his social life is, he said he is a very quiet person who’s always indoors unless he’s going out.
‘’I’m a quiet person, always indoors with my phone giving news for fun. I don’t go out unless I have something to do.’’
He concluded by saying he received a lot of insults from people on his social media pages but it doesn’t hurt him as before since he has received advise from his fellow celebrities in the industry to take it as normal.
Eb Forson is a Ghanaian actor and a comedian who’s featuring in an upcoming movie ‘SHEMALE’.