I am not inspired by other artists – Freddie Gambini 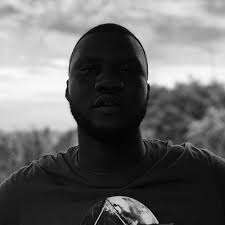 I am not inspired by other artists - Freddie Gambini

Upcoming Ghanaian artiste, Freddie Gambini has disclosed that he takes no inspiration from fellow artists.

Speaking on the ‘Y Lounge’ show with Akosua Hanson on Y 107.9 FM, the Alte artiste mentioned that he did not take inspiration from any artiste but listens to some artists who had songs in his genre of music.

“Mostly I don’t take inspiration from other artists, I usually listen to Buju, Amaarae, Jumah Mufasah, myself and a lot of artists, but mostly the sound is Alte so that’s what I prefer to listen to,” he said.

Being asked about his calm and subtle demeanour, Freddie Gambini mentioned that he was very calm and even recorded his songs alone because he did not like an audience.

“I am very calm and I like to record myself because I don’t like an audience around when I am recording or in the studio,” he added.

Freddie Gambini is currently promoting his recently released single ‘Drunk in Love. He also entreated his fans and music enthusiasts to buy into his style of music and stream his songs on all digital platforms.

Freddie Gambini is an upcoming Ghanaian artist whose music career commenced in 2015 while in senior high school and has made significant progress in the music industry and his career.