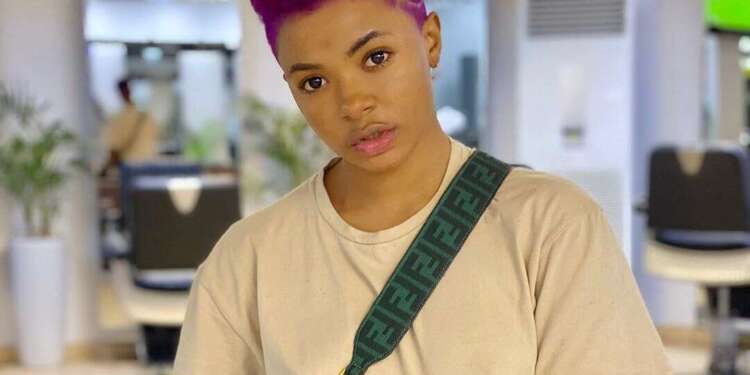 0
SHARES
58
VIEWS
Share on FacebookShare on TwitterShare on Whatsapp

Big Brother Naija season 6 contestant, Liquorose, has disclosed that she is not pressured by society or comments from people.

The Tomboy who was adjudged 1st Runner-up to the winner made these assertions to Naa Dzama on Y 102.5 FM during the ‘Pick N Play’ show. She explained that she was not pressured by the comments from society. She also mentioned that people were entitled to their opinions and felt they had a say in the lives of celebrities.

“No pressure at all, because when you become a public figure, like a celebrity, your life becomes public, your life is like a video. Everyone is watching and have something to say, they have different opinions and comments and feel like you are supposed to do things in a particular way because they care about you,” she said.

Liquorose, however, mentioned that she was not pressured because she believed in being herself and that was what motivated her in life.

“But there’s no pressure because One thing I believe and stand by is being my true self to the world, for people to follow because being myself is what keeps me going,” she explained.

She expressed her contentment and satisfaction for qualifying into the Big Brother house and competition, “Entering the house for me was huge, the support and all that transpired. There’s nothing more satisfying than doing something to depict yourself and making success,” she said.

Liquorose expressed her gratitude to all and sundry who voted for her during the Big Brother Naija competition and disclosed her desire to visit Ghana.

My first official song was with Sarkodie -Benerl

My first official song was with Sarkodie -Benerl