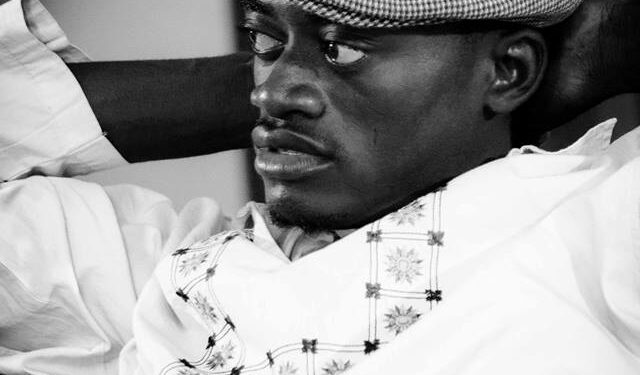 He has been in a wheelchair for five months and Kumawood star actor, Lilwin, cannot stop thanking God after surviving an accident on set.
Explaining what really happened, Lilwin, real name Kojo Nkansah, told Showbiz, he was playing the role of an armed robber and had to jump from a roof top only for him to be hanged in the air by a rope tied to his leg.
“But for the timely intervention of other actors on set who rushed me to the hospital, I don’t think I would have been alive by now. What happened was really serious and I thank God for my life” he said.
Known for movies like Azonto Ghost, Me Lawyer Akasa, Fisherman and Big Boy Weezy , Lilwin said despite being in the wheelchair, he is still able to shoot movies.
“Any movie you will see Lilwin in it in a wheel chair is real. I have shot movies in the wheelchair and I am glad producers love how I acted,” he said.
Many were disappointed Lilwin could not show up for Latif Abubakar’s latest play Mallams and Pastors and he explained that he was still recovering from his accident so there was no way he could have turned up for the event.
“ I apologise to my fans for not showing up for the play but it was not my fault because the organisers knew I was not fit to be in the play. I was prepared to wow my fans last weekend but my condition would not allow me,” he explained.
Lilwin who has won the hearts of many Ghanaians with his witty antics said he was grateful to Ghanaians for supporting him and making him their number one comedian.
“I don’t joke with my fans at all because they made me who I am today and I will forever remain grateful to them. I might not be well but I hope to recover soon and give Ghanaians the best of me,” he added.
Graphic.com.gh