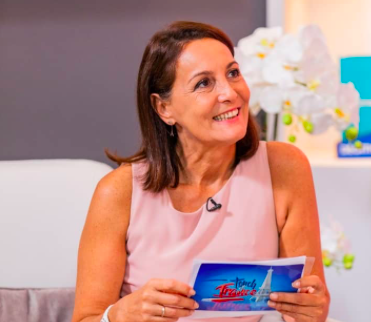 French Ambassador to Ghana, Her Excellency Anne Sophie Avè has revealed how she never had a role model like many others growing up.

“When I was a teenager I loved superheroes but knew that they were not for real. They were fictional so those were definitely not an option for me,” she stated.

Talking about whom she looked up to growing up, she told Rev. Erskine on Y107. 9FM’s Y Leaderboard Series, “I think I picked bits and pieces from different personalities not so much I want to be like this person or that person. But I observed how a person would handle a situation and it would get me to conclude that the person is intelligent or wise.”

She mentioned that, the bits she was able to gather were her inspirations but, “I never really had a role model because the people I looked, I admired them so much but it would be very pretentious for me to aspire to be like them.”

However, she believes role models are needed and a lot can be learnt from them.

Women are the pillar of the economy – H. E. Anne Sophie Avé

Speaking other languages is an asset – French Ambassador

Speaking other languages is an asset - French Ambassador