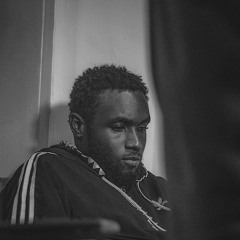 Promising Ghanaian recording artiste, Papa Atey, has disclosed that fans are having a difficult time selecting their favourite from the list as he believes his music puts listeners in a world of ecstasy picking the favourite song from his latest EP release titled “Tangled”.

In an interview with Y107.9 FM’s Akosua Hanson on the YLounge, he acknowledged that he has been overwhelmed by the feedback from patrons streaming his debut EP.

According to him, he never expected the buzz but is appreciative of the reception his tune has gained since its release earlier in June.

“It’s been great and the feedback so far has been amazing. To be honest it’s been overwhelming and I mean I didn’t really expect that but I’m really grateful to everyone streaming my new EP release.”

Most people can’t get to choose their favourite from the list. After every listen they get so much connected and in love with it.,” he said.

Papa Atey released his Hip-Hop themed debut EP, “Tangled” in June across the major streaming platforms and has since made waves in the entertainment space. The four-track EP features artistes like Kwesi Soul and Juma Mufasa highlighting his entangled situation in life.