Rawlings is a “prophet” – Azumah Nelson

by digital_yfmadmin
in Entertainment, Exclusive Interviews
0 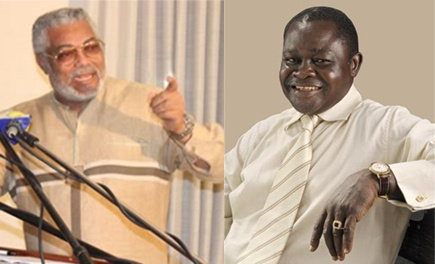 Ghanaian former professional boxer, Azumah Nelson has disclosed that his career in professional boxing was saved by former President J.J Rawlings.
According to him, he almost gave up boxing in his earlier stages to join the military but the former President talked him out of it.
“I liked the discipline in the military. As a disciplined person myslef, I wanted to join them. But J.J Rawlings talked me out of it. He told me I had a gift as a boxer and encouraged me to pursue that,” he stated.
The professor of boxing made this revelation in an exclusive with Rev Erskine on Y LeaderBoard Series on the Myd Morning Show on Y 107.9FM.
To him, the former president saw something in him which was more than serving in the military. “I can say he is a prophet in my life. I became a world champion and have been appreciative of him ever since.”
Azumah Nelson professed his love for his friend, ex-President Rawlings and prayed for the Lord’s blessing on his life.
By: Joel Sanco

There is ‘Juju’ in boxing-Azumah Nelson