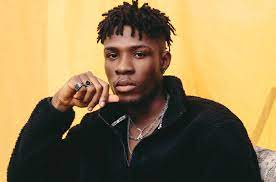 Nigerian afro beats artist, Joeboy has advised his fans to stop ingesting harmful substances into their bodies.
The ‘Beginning’ hit maker following a challenge started on social media for his recently released song ‘Alcohol’, in a tweet advised that his fans stop taking in harmful substances in order to live and enjoy the song.
“So in addition to not pouring stuff on your bodies, PLS STOP INGESTING UNHEALTHY THINGS too. Let’s enjoy the song AND stay alive. Bless” He tweeted.
Participants of the social media challenge largely on Tiktok, drink and pour antiseptics, liquid waste, oil and other substances that are harmful to the body and cause medical complications.
Joeboy is an award-winning Nigerian act who became popular in 2019 after his hit song ‘Don’t call me back’ with Mayorkun and has since been releasing songs and touring countries.