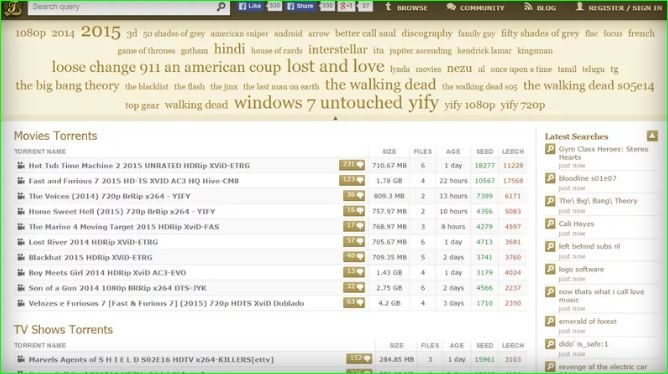 The US Justice Department says it has successfully apprehended and charged the alleged founder and operator of KickassTorrents, the world’s largest and most notorious BitTorrent distribution site. Artem Vaulin, a 30-year-old man from Kharkiv, Ukraine, was arrested today in Poland on behalf of the US, which has requested his extradition for crimes related to running the site. Vaulin now faces two counts of criminal copyright infringement, one count of conspiracy to commit criminal copyright infringement, and one count of conspiracy to commit money laundering. All of the sites domains are in the process of being seized, while access to the site appears to have halted.
“Vaulin is charged with running today’s most visited illegal file-sharing website, responsible for unlawfully distributing well over $1 billion of copyrighted materials,” wrote Leslie R. Caldwell, the assistant attorney general of the Justice Department’s criminal division, in a statement. “In an effort to evade law enforcement, Vaulin allegedly relied on servers located in countries around the world and moved his domains due to repeated seizures and civil lawsuits. His arrest in Poland, however, demonstrates again that cybercriminals can run, but they cannot hide from justice.”
Torrent sites have long held that they are compliant with the Digital Millennium Copyright Act, and therefore also protected by its safe harbor provisions. Because sites like KickassTorrents only allow users to provide links to pirated content, the defense goes that those sites should not be held responsible for what users do with that freedom. However, authorities say Vaulin’s operation often skirted takedown requests using lengthy demands.
When asked by Hollywood movie studios or other intellectual property holders to remove links to copyrighted content on the site, KickassTorrents is said to have rejected takedown notices based on meeting an entire list of sometimes arcane and confusing criteria, writes Ars Technica. Demands included showing proof of both copyright ownership and that the content in question is in fact legally copyrighted, but KickassTorrents never appeared to indicate which one of those requests was not fulfilled when responding to notices. The federal affidavit says KickassTorrents was also taking in more than $16 million in advertising revenue as of this year.
SOURCE: US Justice Department
VIA: TorrentFreak, Ars Technica